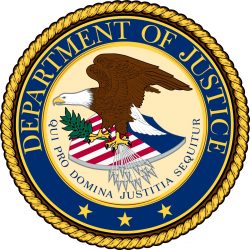 While we’ve previously reported on the speculation that the United States Department of Justice intended to investigate Harvard University for allegedly discriminating against Asian American applicants through the practice of Affirmative Action, we can now confirm that an investigation is indeed underway. Harvard University is in the crosshairs of Attorney General Jeff Sessions’ Justice Department. Through Freedom of Information Act requests, “BuzzFeed” has confirmed that there is an ‘active’ investigation into Harvard’s admissions practices. The news publication also sought to determine if there was an active investigation into the University of North Carolina at Chapel Hill’s admissions practices but no such records for such an investigation exist.

The Man at the Center of Trying to Dismantle Affirmative Action

Edward Blum is the attorney who represented plaintiff Abigail Fisher as she unsuccessfully challenged the University of Texas at Austin’s Affirmative Action policy before the United States Supreme Court not so long ago. As Anne Branigin describes Blum for “The Root” in a piece entitled “Justice Department Probe of Harvard Admissions May Hit on Affirmative Action: Report,” he is “a man who has had his eyes set on dismantling key civil-rights-era legislation.” He filed a complaint against Harvard on behalf of “Students for Fair Admissions,” which named an unnamed Asian American student who was ranked first in their class with a perfect ACT score and was denied admission by Harvard in 2014. But while this man’s life cause seems to be to dismantle Affirmative Action, it’s not his complaint but rather the complaint of 64 Asian American groups that is at the center of the DOJ’s investigation.

Investigation Will Likely Uncover No Wrongdoing by Harvard

As our regular readers know well, we wholeheartedly agree that Asian American applicants face unjust discrimination in highly selective college admissions. But Affirmative Action is not to blame for this discrimination nor are there any quotas, as some of these attorneys are suggesting, in Harvard’s admissions practices — or in the admissions practices of any highly selective college for that matter. And the lawyers who are choosing the plaintiffs for these cases (or are having difficulty doing so!) are not exactly choosing the best plaintiffs. When Ted Olson and David Boies fought for the rights of LGBT Americans to marry, they didn’t choose unhappy gay couples. They chose happy gay couples, people who’d been together quite a long time and were in wonderful, healthy relationships.

These attorneys who are choosing plaintiffs to challenge Affirmative Action, well, let’s just say they are no Olson and Boies (said in our best, “Senator, you’re no Jack Kennedy” tone). An unnamed plaintiff in one case ranked first in their class with a perfect ACT? Harvard doesn’t admit solely based on numbers — no highly selective college does! A plaintiff in another case who happens to be the son of the president of the Asian American Coalition for Education, the very group alleging discrimination? They either didn’t think to approach the case objectively or they didn’t work too hard to find a more appropriate plaintiff.

But we’re curious to hear what our readers think of the Department of Justice investigating Harvard admissions practices. Do you agree that the investigation will uncover no wrongdoing by Harvard? Disagree? Let us know your thoughts by posting a Comment below. We look forward to hearing from you.