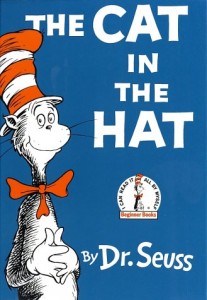 Dartmouth Medical School has been renamed after a former Dartmouth student who went on to become one of the most celebrated children's authors of all time.

A few weeks back, Dartmouth College announced that its medical school, formerly known as Dartmouth Medical School, would be renamed. The new name? The Audrey and Theodor Geisel School of Medicine at Dartmouth. We suppose you don’t think much of the renaming. Big deal — universities rename their buildings, endowed professorships, and graduate schools quite often as new major donations roll in. But this is a renaming that is kind of funny if you happen to know who Theodor Geisel is.

Theodor Geisel attended Dartmouth College as a member of the Class of 1925. At Dartmouth, Geisel was a SigEp and the editor-in-chief of the College’s humor magazine (“The Jack-O-Lantern”). When Geisel got in some trouble with the Dean of the College, his punishment was that he could no longer participate in extracurricular activities — including writing for “The Jack-O-Lantern.” And so Geisel decided to write under a pseudonym so that he could keep writing without getting in more trouble. The pen name he chose? Dr. Seuss.

And while the Cat in the Hat might be in, the Dartmouth president is out. He’s been confirmed to become the president of the World Bank.