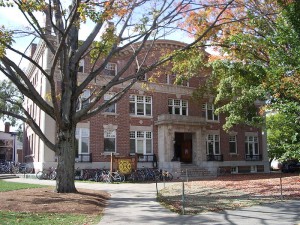 Dartmouth Early Decision applications are up this year.

There are many who believe that the drop in Early Decision applications last year at Dartmouth was a result of the media attention paid to the College on the Hill after a hazing scandal in which a former student blasted the school in an a feature within “Rolling Stone.” It’s unbelievable that one bad apple, one media event can have such an impact on a school’s admissions figures. Some years earlier, at Duke University, students who were proven innocent (not not guilty — innocent) of rape charges had a major impact on the university’s reputation. But that had more to do with a rogue DA and a university PR department forced to deal with a whole lot of bad press.