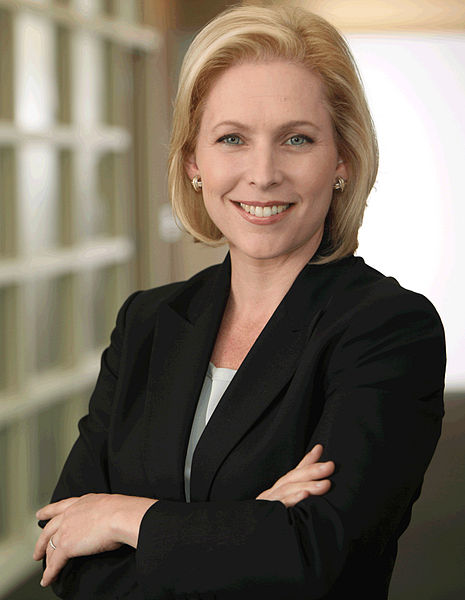 In the State of New York, it’s an all-Dartmouth College Senate race. That’s right. We’ve got one Dartmouth graduate running against another with incumbent Senator Kristen Gillibrand running against Wendy Long. It’s safe therefore to say that a Dartmouth alumna will be representing the State of New York in the United States Senate next term. The question is…which one? Senator Gillibrand, as you may remember, was appointed after the resignation of Hillary Clinton when she assumed the role of Secretary of State under President Obama.

There’s a fantastic piece in “The New York Times” by Raymond Hernandez that chronicles the journeys of these two women as they both went through Dartmouth College in Hanover, New Hampshire. Senator Gillibrand came from a political family in New York. She was a high school tennis player but converted to playing squash at the College on the Hill (she served as co-captain of the team). She’d spend hours every day working on her squash game…and on her Chinese. She was one of the first Dartmouth students to study abroad in China, once the nation opened its doors.

Ms. Long came from a modest family upbringing in Keene, New Hampshire. At Dartmouth, she’d become a member of “The Dartmouth Review,” a conservative magazine that has been the subject of controversy over the years. She’s also be a member of Aquinas House, where students could practice their Catholic faith. Keep in mind that both Ms. Long and Senator Gillibrand attended Dartmouth in the early years of co-education at the College. Women weren’t admitted to Dartmouth until 1972, with the first graduating class in 1976. Ms. Long graduated with the Class of 1982, Senator Gillibrand with the Class of 1988.

How do you think that Dartmouth impacted these two women? Do you think it’s a coincidence that they’re running against each other for a Senate seat in the State of New York? Who do you think will claim the victory? Let us know your thoughts by posting below!