Jim Kim, the current Dartmouth College president, was recently nominated by President Obama to be the new president of the World Bank. It came as quite a surprise around the world as Jim Kim doesn’t have a background in banking. Rather, his experience is in health care. When he was selected as the Dartmouth College president just a few years ago, folks were critical of the choice because he didn’t have experience leading a major research university. So this isn’t the first time that Jim Kim was an unconventional, outside-the-box choice for a big job. 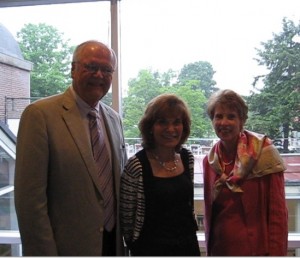 What’s interesting is the mixed reaction the nomination of Kim to lead the World Bank has received in the Dartmouth community. Some students, alumni, and faculty are excited that their college president would be nominated for such a prestigious job. Others feel he is letting the college down by leaving after only a couple of years, with an agenda unmet and a legacy unfulfilled. They’re angry that he may have used Dartmouth as a stepping stone to a greater position of influence.

We at Ivy Coach think this is utterly ridiculous! Jim Kim did indeed use the Dartmouth presidency as a stepping stone to a greater position of national and global service! And that is a good thing. A very good thing. Now, when Dartmouth recruits their next president, candidates will view the office as not only a fantastic opportunity to shape an Ivy League institution but also a fantastic opportunity to become a national and world leader! How is that possibly bad?

From the very beginning of his tenure (see his inauguration speech), Jim Kim quoted former Dartmouth College president John Sloan Dickey to “embrace the world’s troubles as your own.” That is precisely what Jim Kim has done throughout his career from fighting HIV-AIDS to shaping the liberal arts education at the finest university in the nation. It’s precisely what Jim Kim is doing by accepting this call to global service.

Why should Jim Kim spend decades at Dartmouth? Many leaders can accomplish great things in a short amount of time and then it’s time for them to move on to their next task. Does that mean leaders who stay a long time aren’t as effective? No. Former Dartmouth president James Wright worked at the College on the Hill for quite a long time and he was a superb leader. His booming voice and ever eloquent words still echo in the muscles and the veins of Dartmouth alumni around the girdled earth.

But Jim Kim being criticized for leaving Dartmouth when he’s been tapped by the President of the United States for a most important job is laughable. We salute Jim Kim for making Dartmouth proud. May he continue to make the world’s problems his own.