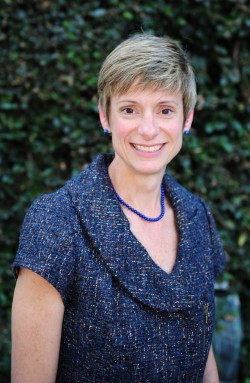 It is with great sadness that we report the death of Cornell University’s president, Elizabeth Garrett. She was 52 years old. Diagnosed only about a month ago, Garrett died of colon cancer after receiving treatment at Weill Cornell Medicine in Manhattan.  Inaugurated as Cornell University’s 13th (and first female!) president only this past September, she is the first president of the university to die in office. Prior to assuming office at Cornell, Garrett served as provost at the University of Southern California.

As reported by Kelsey O’Connor of “The Ithaca Journal,” “Robert Harrison, chairman of Cornell’s board of trustees, announced that Garrett died in an email to the campus community Monday. He said Garrett ‘was simply a remarkable human being — a vibrant and passionate leader who devoted her life to the pursuit of knowledge and public service and had a profound, positive impact on many lives that she touched.'”

A graduate of the University of Oklahoma with a law degree from the University of Virginia, Garrett clerked for United States Supreme Court Justice Thurgood Marshall early in her career before serving as a law professor at the University of Chicago and an administrator at USC. She was also appointed by President George W. Bush to serve on the nine-member bipartisan President’s Advisory Panel for Federal Tax Reform. To suggest she was rather accomplished would be quite the understatement.

Cornell University and the University of Southern California, along with so many students and faculty whom Elizabeth Garrett touched in her lifetime across academia, mourn the death of this leader in education. She was a true pioneer.