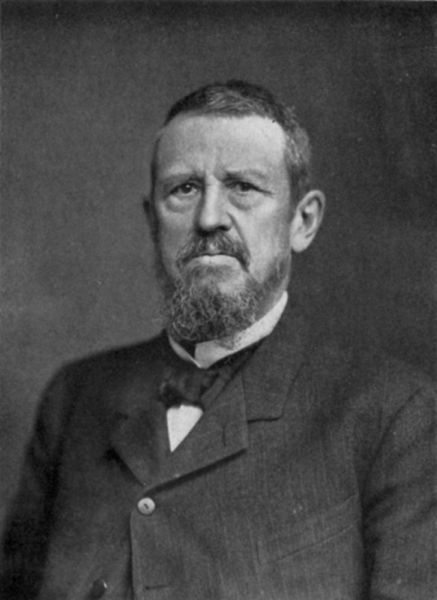 While we know Donald loves his own photo, we figured we’d put a picture of Joseph Wharton up on this post instead. The Wharton School at the University of Pennsylvania is named after him.

We’ve previously written about how Wharton alumnus Donald Trump loves to drop that he attended Wharton on the campaign trail. He did. It’s true. So too did his kids. Donald Trump transferred from Fordham University to the University of Pennsylvania. As a disclaimer, Ivy Coach did not assist in his case for admission. You know we just made you giggle, a little. He’d be too much for us to handle. Life is short. There are too many apple pies we want to bake (side note: this is an inside joke that only regular readers of our college admissions blog will understand…kind of like viewers of “How I Met Your Mother” with the word “sandwiches”).

Anyway, back to Donald Trump. Because he is in the zeitgeist and his name must come up in every single conversation. We’ve previously written about Donald’s proud association with Wharton. But we’ve got a juicy update. Ok, we’re using the word “juicy” loosely. It’s tough writing about college admissions every day for years. Sometimes we want to write about fall foliage but we figure it’s off-brand. Anyhow, that was a non sequitur. Back to Donald. Wharton students want no association with Donald. In fact, they’ve told the world that he doesn’t represent them.

Many Wharton students and alumni seem to be trying to build a wall between their school and a well known alumnus, to disavow any association.

As “CNN” reports, “Students at the University of Pennsylvania’s Wharton School of Finance have penned a scathing, open letter to presumptive Republican presidential nominee Donald Trump, claiming the business mogul-turned-politician does not represent them.” The letter has been signed, according to “CNN” by over 1,400 current Wharton students as well as alumni. So about as many people as in the state of Montana. We’re kidding. We love our students from Montana, we do.

What do you think about this letter to Donald Trump from Wharton students and alumni? We’re curious to hear from our readers so post a Comment below and we’ll be sure to join in on the conversation.