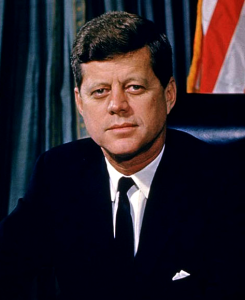 Many college dorm rooms were previously inhabited by famous folks, people who went on to change the world as we know it. A blog in “The New York Times” by Alison Leigh Cowan and David Walter points out some notable college dorm rooms around the country — especially at Ivy League colleges. First Lady Michelle Obama had a room at 224 Pyne at Princeton University. Students at Princeton were aware of this factoid. The room was thus a hot commodity! Michelle Obama hasn’t recently shown up to see it, presumably much to the dismay of the current resident.

Former Secretary of Defense Donald Rumsfeld’s former dorm room is now a women’s restroom at Princeton University. Supreme Court Justice Elana Kagan lived at 215 Princeton Inn, thought this address is now known as 215 Forbes College. President John F. Kennedy, during his six week stay at Princeton (he eventually left due to illness and transferred to Harvard University), stayed at Reunion, though this dormitory has since been demolished. A plaque outside commemorates his brief stay today.