There’s an interesting article by Chris Boehner on IECA’s usually super lame blog about Chinese Ivy League applicants. Boehner, who previously worked as an independent educational consultant, cites that in 2011, 339,700 Chinese students chose to study abroad (93% of whom are self-supported). Boehner states that this 2011 figure marks a 20% increase in the number of students studying abroad from 2010. And why are these students turning to studying abroad? Well, for one, it’s tough to get into Chinese universities. The Gaokao is tough. It’s a whole lot of pressure! 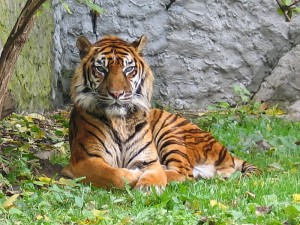 According to Boehner, “This year 9.15 million high school seniors registered for the Gaokao, competing for 6.85 million university seats. Chinese parents today are much more savvy about education options, learning quickly and actively speaking with other parents, acquaintances, and education thought leaders familiar with education in the U.S., Australia, England, and Canada.” Boehner goes on to write, “Today, more and more parents are turning their child away from Chinese universities because they see the Gaokao as too high pressure, a drain on creativity, and part of a system that doesn’t support the development of their one and only child’s unique talents. This creates an increasingly competitive landscape for Chinese applicants applying to school abroad.”

While we’ve written about both American Tiger Moms like Amy Chua and unethical admissions agents in China in the past, we’ve never really discussed the variety of Tiger Mom in China. Tiger Moms in China often turn to unethical admissions agents who will do just about anything in the hope of helping students gain admission to American colleges. But the things that they do — such as handing students a college essay from a stack of pre-written essays — actually often severely hurt applicants. These admissions agents have no ethical boundaries and they don’t understand the process of highly selective college admissions. And the fact that many parents in China are willing to accept these practices does not reflect well on them.