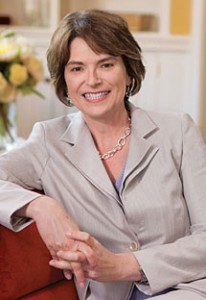 There is a new Brown University president. The university announced today that Christina Paxson, the Dean of Princeton University’s Woodrow Wilson School of Public and International Affairs, will succeed Ruth Simmons as Brown’s president. Said Paxson upon the announcement of her selection, “I loved my time at Princeton, but I find the Brown character to be very appealing.” According to the “Brown Daily Herald, “In particular, she cited Brown’s university-college model as admirable, noting that she received her bachelor’s degree from Swarthmore College, also a small liberal arts institution.”

In November of 2000, Ruth Simmons was elected as the first female president of Brown University. Her presidency was also historic in that she was the first African American president of an Ivy League college. In 2001, shortly after she began her presidency, “Time” selected her as “America’s best college president.” She managed to secure an unprecedented amount of philanthropic donations and she made great efforts to expand Brown’s global reach. Also of note, she was cited in the Academy Award-winning movie “Inside Job” for taking in a salary of $300,000 from Goldman Sachs while serving as the Brown president. The movie expressed that this was a conflict of interest that should be rectified.