Being Realistic in Ivy League Admissions

Being realistic in Ivy League admissions is important — for parents as well as students. So often, we hear from parents in particular that they would be surprised if their son or daughter didn’t get admitted to an Ivy League school. And why’s that? Because they have great grades and great SATs. We often then ask about their grades and scores. They are rarely as great as the parents make them out to be. But even if they are great, that doesn’t mean their son or daughter will be admitted to a highly selective Ivy League college. Students (and especially parents) need to realize that perfect grades and scores do not equate with Ivy League admission. Just look at our Ivy League Admissions Statistics. Notice how most students are denied admission? These students who are denied are other peoples’ sons and daughters, too! 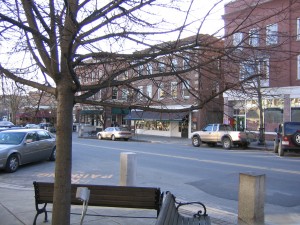 It’s important for parents and students to be realistic in Ivy League admissions.

Just because your son does 20 hours of community service a week with 4 organizations doesn’t mean he has a great shot of getting into Princeton. In fact, if that’s what you’re leading with when describing his odds of admission, then he’s got an uphill battle ahead of him because highly selective colleges don’t jump up and down when a student is involved in a few volunteer activities — as much as you think they may. It’s just not how it is. It’s a misconception. As a parent, to better understand your child’s odds of admission, it’s sometimes beneficial to pretend the child is not your child. It helps to sometimes think more objectively. And it helps to peruse our website to have a better sense of what it takes to get admitted to an Ivy League school…because we write a whole lot about it.

There’s an old saying — nobody’s quite sure which dean of admissions said it — that if you take a group of students who just didn’t make the cut and compare them to students who are admitted, you can’t really tell the difference. That’s how close it can come in Ivy League admissions. It’s not random. It’s a science. And it pays to be realistic as over-inflating your chances will by no means help you (or your child). It’ll come across in your application. It’ll come across in your decision-making throughout the college admissions process. We encourage our students (and their parents) to set realistic goals. And, then, we help them achieve these goals.