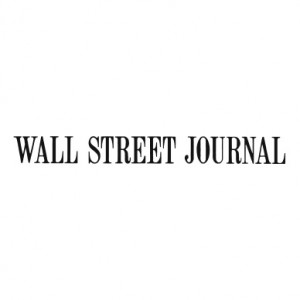 An editorial in “The Wall Street Journal” that refers to Asian Americans as “the new Jews” of college admissions might make for good copy. But it misses the mark.

There is an editorial in “The Wall Street Journal” by Jason L. Riley entitled “The New Jews of Harvard Admissions: Asian-Americans are rebelling over evidence that they are held to a much higher standard, but elite colleges deny using quotas” that we’ve got a strong opinion on and it’s one we wanted to share. Over the last quarter century, there have been few more vocal critics of discrimination against Asians and Asian Americans in the highly selective college admissions process. It is downright wrong that Asians and Asian Americans are held to different standards than are other applicants to these very universities. It is unjust. It is loathsome. And any defense by a university that they don’t discriminate against Asians and Asian Americans is transparently untrue. Because the data and our years of experience suggest otherwise.

But to label Asian Americans “the new Jews of Harvard admissions” is equally as loathsome. It is equally as unjust. It is equally as inappropriate. The reference is of course to the discrimination that Jewish students previously faced in the admissions process, including in the 1940’s when heinous crimes against humanity were being committed against the Jewish people across the European landscape. As Riley writes (and he’s referencing the complaint filed by numerous Asian American groups, so it’s not his poor choice of comparison but rather theirs), “The complaint announced on Friday, echoing a lawsuit filed by another group in November, accuses Harvard and other elite institutions of holding Asian-Americans to far higher standards than other applicants, a practice used to limit the number of Jewish students at Ivy League schools in the first half of the 20th century.” But while discrimination against any group is wrong and it should be ridded out at all cost, there actually were quotas back then for Jewish students. There are no quotas now for Asian applicants. That doesn’t mean there isn’t discrimination (there absolutely is!) but mark our words: There are no quotas for Asians and Asian Americans. Let’s repeat that. There are no Asian quotas in Ivy League admission or at any of America’s highly selective colleges.

Students aren’t flunked out of colleges because they’re Asian. Don’t think that happened with Jewish students at highly selective universities back in the day? Do your homework. We’ve written about what transpired at Emory University many years ago. And Emory was by no means alone. Including at institutions such as Harvard, there were fixed limits on the number of Jewish students allowed at these schools. In some cases, like at Emory’s dental school, Jewish students were asked to identify on their applications if they were Jewish and if they answered in the affirmative, Emory’s rogue dean barred them from getting in. These quotas were, in some cases, even statewide law. At some institutions, Jewish students weren’t allowed at all or their numbers were limited. Numerus clausus was indeed code for outright anti-Semitism. And highly selective colleges like Harvard and the other Ivies weren’t alone. Many of their feeder institutions, the famous preparatory schools of the Northeast, had the same such clauses. If these students weren’t allowed (or their numbers were limited) into the feeder institutions to the Ivies, Jewish applicants were going to face the same problem with the Ivies. It’s only logical.

We suport Asians and Asian Americans lifting their voices against the discrimination they face in the admissions process. We believe that the more students and parents and organizations that lift their voices, the better. We believe this is how change happens. But while “The New Jews” might make for good copy, we take exception to it and call on these Asian organizations that filed this complaint to reconsider their wording going forward.