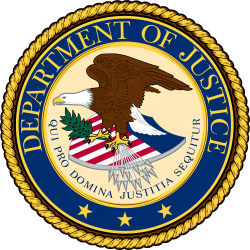 The Asian American Coalition for Education previously filed a complaint against Harvard with the DOJ.

File this one under amusing. We’ve been quite critical of the Asian American Coalition for Education’s complaint against Yale, Dartmouth, and Brown. The organization also filed a complaint against Harvard with the United States Department of Education and the Department of Justice. We can’t even keep track of all of the complaints against various Ivy League schools filed by this organization. It would require file drawers with manilla envelopes and label makers. We like label makers. Who doesn’t? We kid, we kid.

Anyhow, we wholeheartedly agree with the Asian American Coalition for Education that Asian Americans do indeed face discrimination in highly selective college admissions. We’re quite vocal about the fact that Asian Americans deserve better in the college admissions process. But we also wholeheartedly believe that the Asian-American Coalition for Education is going about trying to correct this injustice the absolutely wrong way. And we’ve articulated why the organization is going about it the wrong way on several occasions.