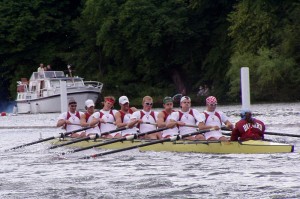 If students get admitted to Harvard through Early Action, they go to Harvard. That’s all there is to it.

Ivy Coach was cited today in an article in “The Harvard Crimson” concerning the projected admit rate for applicants to Harvard. According to the piece by Elizabeth S. Auritt, “Although Harvard College saw 1.9 percent fewer applications this year, the acceptance rate looks likely to decrease nevertheless. Since the admissions office plans to count on a yes from the vast majority of students accepted through its renewed early action program, Harvard may admit as few as 3 percent of the students waiting to hear their decisions this Thursday.” As few as 3% could be admitted! You read that number right. Tough odds, eh?

Last year, 6.2% of applicants to Harvard were admitted. This year, that number could drop to 5.5%, according to projections by “The Harvard Crimson.” If you’re curious as to how “The Harvard Crimson” came up with this figure, check out their math through this video on Harvard applications. Cool stuff, right? The projected size of the incoming class will be roughly the size of last year’s incoming class – 1,661. And in December, 772 acceptance letters were already sent out.

As quoted in the article, if our students apply to Harvard through Early Action and get in, they matriculate to Harvard. Without hesitation. It’s just how it is! And that certainly isn’t the case at many schools. But Harvard is different. Harvard is Harvard. If you were admitted to Harvard through Early Action, would you attend? Our bet is you would. But let us know your thoughts on the matter by posting below!

Check out this post on Linsanity and Harvard Admissions.