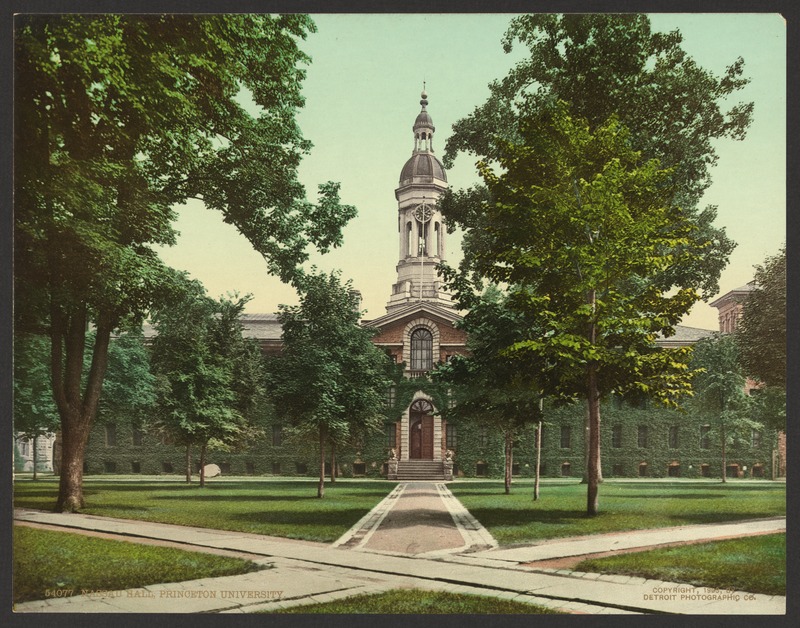 Princeton’s freshly reinstated transfer admissions program will help increase the diversity of the university’s student body. Look for more American veterans at Princeton University in the years to come.

Princeton is making efforts to encourage America’s veterans to apply to the university. In fact, as Victor Hua reports for “The Daily Princetonian” in a piece entitled “U. promotes campus diversity through veteran matriculation,” “Compared to recent graduating years, the Class of 2021 contains a much higher number of students who are veterans — a number which will only increase in the following years, explained Tyler Eddy ’21, a former U.S. Marine and current first-year student.” We echo the words of Princeton student Tyler Eddy. Of course more and more veterans are going to be attending Princeton in the years to come. And why? Because more and more veterans are going to be applying to Princeton now that the university will accept transfer students for the first time in twenty-five years.

At Ivy Coach, we work with several veterans each year on a pro bono basis. All of the veterans with whom we work apply to college during the transfer admissions cycle — not during the Early Decision / Early Action or Regular Decision admissions cycle. So for many years, our veterans simply didn’t apply to Princeton because the university didn’t admit transfer students. Now that Princeton has reinstated transfer admissions after a quarter of a century hiatus, veterans — many of whom completed some college prior to or during their military service — will be able to apply to the New Jersey-based university.

We’ve criticized Princeton in the past for touting the importance of diversity all while not offering students the chance to transfer into the institution. The transfer pool, after all, is a great way to add diversity to a university’s student body. The transfer pool at highly selective colleges often includes not only veterans — men and women who have bravely served our nation in uniform — but other non-traditional students, too. Maybe they’re students transferring from community college, hoping to attend an Ivy League college. Or maybe when they previously applied to college, they thought their family’s financial situation would preclude them from being able to subsidize the cost of tuition at one of our nation’s most elite (and expensive) institutions. So while we applaud Princeton for reinstating a transfer admissions program, it was also about time they did!

As Hua writes in “The Daily Princetonian,” “Alongside the director of the University’s transfer program Keith Shaw and the University’s Office of Access and Inclusion, [Thaddeus] Whelan, as student life chief of the Princeton Student Veterans Alliance, hopes to help veterans. ‘My goal is to understand the needs and wants of veterans, due to the sheer diversity of situations each veteran will have,’ said Whelan. ‘Being the inaugural multiple-veteran class of the 21st century, we have both a unfathomable opportunity and an obligation to those coming after us.'” Well said indeed! We at Ivy Coach are not only glad to see that Princeton is making efforts to appeal to America’s veterans to attend the institution but they’re also making efforts to make sure that veterans are happy at Princeton once they enroll. It’s news we’re certainly happy to see!