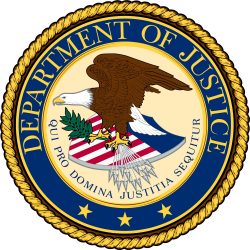 The United States Department of Justice is facing off against Harvard University in a battle over the practice of Affirmative Action.

As universities across America keep a watchful eye on the Trump administration’s interest in challenging the legality of Affirmative Action, there is no university facing more intense pressure than Harvard University. As we’ve previously reported on the pages of our college admissions blog, the United States Department of Justice, under the leadership of Attorney General Jeff Sessions, signaled an intention to scrutinize Harvard’s admissions practices — particularly as they concern alleged discrimination against Asian American applicants. And today, the Department of Justice did more than fire a warning shot. In a November 17, 2017 letter from Acting Assistant Attorney General John Gore to Seth Waxman, an attorney representing Harvard in the matter, Gore writes that the United States has determined the university is not complying with its Title VI access requirements. Further, Gore states that the Department of Justice may file a lawsuit against Harvard if the school does not comply by December 1, 2017. So what does all this mean for Harvard and for other universities across America?

The Wrong Approach to Ending Asian American Discrimination in Admissions

We have long argued that highly selective colleges, including Harvard, discriminate against Asian American applicants. We believe this discrimination to be wrong and we wish for it to end. But we also believe that litigation will not bring to an end this miscarriage of justice. The great civil rights victories of our American history did not begin in the courtroom. Obergefell v. Hodges, the case that made marriage equality the law of the land, was not the beginning of the gay rights movement. The gay liberation movement in America began at the Stonewall uprising in 1969, though some would argue the movement began long before. Court victories mark the end of decades-long battles for equality and while we hope that the discrimination against Asian Americans in college admissions ends swiftly, we simply don’t see this litigation — even in success — ending this injustice.

We’ve also noted in the past that this complaint against Harvard doesn’t have the appropriate plaintiff to make the argument that Asian Americans face discrimination under holistic admissions policies. As unusual as it is for the Department of Justice to mount a legal challenge based on a previously filed complaint, it is as shortsighted that the Sessions-led department would mount their case based on such a flawed complaint. In our American system of jurisprudence, the right plaintiff and the right case — that’s everything.

But none of that takes any of the pressure off of Harvard as the Department of Justice breathes down the university’s neck. Imagine receiving such a letter from the United States’ Acting Assistant Attorney General. Imagine reading that you’re not complying with the United States. That’s scary indeed…even for Harvard and the university’s attorneys. It seems the first approach the university has taken in this matter is the approach many attorneys take in legal matters — to delay, delay, delay.

As a piece up on “BuzzFeed” entitled “The Justice Department Is Threatening To Sue Harvard To Get Its Admissions Records” by Molly Hensley-Clancy and Dominic Holden points out, “On Nov. 17, the department’s top civil rights lawyer sent a letter, obtained by BuzzFeed News, accusing the school of slow-walking the documents while creating ‘delays and challenges to the Department’s authority.’ The letter threatens to sue the university unless it meets a Dec. 1 deadline for handing over student records, as required by the Title VI of the Civil Rights Act of 1964, which bans racial discrimination by recipients of federal money — including private schools that receive federal grants. ‘Please be advised that if Harvard does not comply with the document request in full by that deadline, we may file a lawsuit to enforce Harvard’s Title VI access obligation,’ wrote Acting Assistant Attorney General John Gore.”

Harvard does not want to turn over any students’ admissions records. Turning over any such documents potentially makes the university legally vulnerable. It would also establish a dangerous precedent the school has no interest in setting. As the December 1, 2017 deadline looms for Harvard to turn over these files as set forth by the Department of Justice, it will be interesting to see how the university responds. Will the school turn over the files? Will the school turn over redacted files? As our loyal readers know well, we have a crystal ball at Ivy Coach. And our crystal ball predicts that Harvard will do neither of these things. Rather, our famously accurate crystal ball predicts that Harvard will choose instead to further delay the Department of Justice. It’s what lawyers do best.