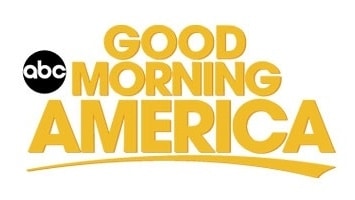 “GMA” featured a segment on a student who found out he earned admission to Cornell…in front of his whole school.

There was a piece on “Good Morning America” that featured a high school senior finding out that he had earned admission to Cornell University…in front of his entire school. As it turns out, at T.M. Landry College Prep in Opelousas, Louisiana, it is a school tradition for students to view their “college acceptance notices” in front of, well, virtually everybody. While it sounds really nice on the surface (and while we love watching everyone’s reactions in the video), we feel like we need to ask the obvious: what happens when it’s not a “college acceptance notice” — as “GMA” calls it — that students at T.M. Landry open? After all, it’s not the only kind of college decision that universities release — particularly the highly selective schools like Cornell.

So while it worked out this time and it made for a wonderful video that we really enjoyed watching, we can’t help but think that this is quite an ill-conceived tradition at T.M. Landry. The student in this case marked the sixth student in the small private school’s history admitted to an Ivy League institution. So it sounds like they’re kind of new at the whole  school thing (you see what we did there?). Experience informs us that, from a psychological standpoint, college decisions are best viewed in the privacy of one’s home, either alone or with a loving, supportive parent at one’s side.

Congratulations to this young man for earning admission to Cornell. We’re very happy for his success and we’re sure his school played a big part in helping him achieve this dream. But that doesn’t change our position that this is one “tradition” that needs to go. Hopefully the school realizes this sooner rather than later. It’s kind of obvious if you ask us. But that’s just our two cents.