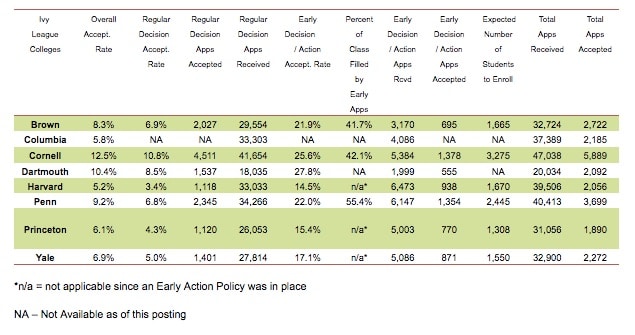 We’ve got preliminary admission statistics for the Class of 2021 at the Ivy League institutions.

We repeat this line over and over again at this time of year. It’s a line by Mark Twain: “There are three kinds of lies: lies, damned lies, and statistics.” Nobody keeps more extensive data on Ivy League admission statistics than we do at Ivy Coach but we’re also the first to tell our students and parents to read these statistics always with six or seven healthy grains of salt. But let’s be more specific. A parent recently asserted to us, “Stanford was more competitive to get into than Harvard this year. Stanford had a 4.7% admission rate, whereas Harvard had a 5.2% admission rate.”

Have a question on admission statistics? Post it below and we’ll be sure to jump in.