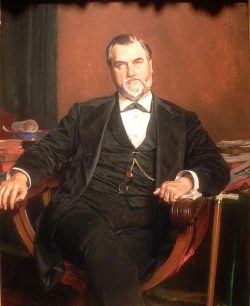 Congratulations to all of Ivy Coach’s students who were admitted to — and will be attending — Stanford University next fall. Leland Stanford welcomes you!

For years, we’ve been telling our readers that just because admission rates keep dropping at colleges across the country, it doesn’t mean these schools are becoming more competitive. So when we hear a parent say, “I heard it was harder this year than any other year,” we feel like we traveled in Bill and Ted’s excellent phone booth back to 1996. People have been singing this refrain since as long as we’ve been helping students earn admission to the colleges of their dreams — and that predates 1996. We’re showing our age. Whatever. We’re proud to have been one of the first into the field of private college counseling — Bev was like Lewis and Clark in this way. Not the college. The explorers, the pioneers.

But while admission rates can be deceiving in this way, they’re still interesting to take a look at each year and nowhere will you find a more comprehensive analysis of Ivy League admissions statistics than right here on our site. As it says on this page, we are the purveyors of Ivy League admissions statistics since the beginning of time. Ok, maybe not since dinosaurs. It’s not like we’ve been doing this for thousands of years — that’s ridiculous. But Abby Jackson of “Business Insider” has written a piece in which she shares universities with lower admission rates than certain Ivy League colleges this year. If you’re curious what the admission rates were for the Ivies this year, it was 13.96% at Cornell, 10.52% at Dartmouth, 9.41% at Penn, 9.01% at Brown, 6.46% at Princeton, 6.27% at Yale, 6.04% at Columbia, and 5.2% at Harvard.

Ivy Coach had more students admitted to Stanford this year than any other institution. So when folks ask us if we only help students earn admission to Ivy League colleges, we can’t help but stifle giggles.

At non-Ivies, College of the Ozarks boasted a 13% admission rate. Does that mean it’s more competitive than Cornell? Don’t kid yourself! Sorry, Ozarks. Claremont McKenna boasted a 10.8% admission rate, West Point a 9.5% rate, Caltech and Annapolis 7.9%, MIT 7.8%, UChicago 7.6%, and Stanford University 4.69%. So the university with the single lowest admission rate for the year? Stanford. To all of Ivy Coach’s students who earned admission to Stanford this year, congratulations! For the second year in a row, we had more students admitted to Stanford University than any other institution.