A Salute to an Ivy League Coach 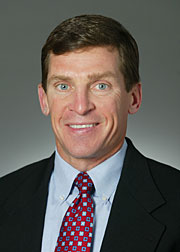 Yes, we showed a lot of love yesterday for the Big Green in our post about Dartmouth’s football team, which finished second in the 2015 Ivy League Football Preseason Media Poll but we suspect will topple Harvard to claim the 2015 Ivy League crown. But we’re not done just yet. Because a piece on “NPR” brilliantly titled “Dartmouth Football’s Brilliant Dummies” is worthy of discussion on our blog. And it is worthy of a salute, both to the institution that is choosing to defy the status quo of college football, to the pioneering coach who has dared do what no other Division I college or professional coach we can think of is currently doing, and to two brilliant Dartmouth engineering students.

As articulated in the “NPR” piece by Laura Wagner, “Wearing a green Dartmouth College jersey, the newest player on the school’s football team readies for action during a preseason practice. The whistle blows, he makes his move and then is thrown to the ground by a teammate’s crushing tackle. This happens again and again and again, but every time, the new player pops right back up, completely unhurt. This player is an MVP — a ‘Mobile Virtual Player,’ that is. Developed by students at Dartmouth’s Thayer School of Engineering, the new robotic dummies were designed to allow players to practice tackling without injuring one another in the process. ‘It’s very realistic,’ Dartmouth football head coach Buddy Teevens told NPR. He said the 5-foot-11-inch, 200-plus-pound MVP can weave, cut, stop and start — even ‘run’ a respectable 4.8-second 40-yard-dash. But, Teevens said, ‘the true value is in the reduction of injuries.'”

The “NPR” piece goes on, “Even before Dartmouth football began using the MVPs on Wednesday, the New Hampshire school was unique in its approach to tackling during practice — because it didn’t. Starting five years ago, Teevens decided to completely do away with tackles in practice, citing athlete-on-athlete collisions as a main cause of concussive injuries. Instead, he opted for drills with bags, sleds and stationary dummies. ‘To my knowledge, no one else does it at the Division I level,’ Teevens said about his no-tackling protocol, acknowledging that his players were initially skeptical. ‘It was not received well to be honest with you because [tackling] is sort of fundamental, but I was committed to it.'” Amen, Coach Teevens!

We salute Coach Teevens, these two extraordinary young and inventive Dartmouth engineers, and Dartmouth College for pioneering the use of this incredible ‘Mobile Virtual Player.’ We salute Coach Teevens for daring to forbid tackling in practices. So many players get hurt in practice and with the ‘Mobile Virtual Player,” this is going to stop this trend in its tracks. And when recruits criticize Coach Teevens’ policy and choose to attend another school because of it, we salute Coach Teevens for standing his ground. Coach Teevens is on the right side of history and his practices (literally) represent the future of football. Oh, and to those skeptical potential football recruits, good riddance. Dartmouth has a chance to win this year’s Ivy League title. With this policy firmly in place. If these recruits don’t like it, too bad for them.