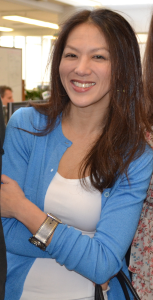 With an applicant pool of nearly 35,000 students and a 6.2% admit rate for the class of 2015, Harvard College admitted one student who many of you may have read about. She’s not a Hollywood celebrity nor is she a famous politician’s daughter. She’s Sophia Chua-Rubenfeld. Yes, that Sophia Chua-Rubenfeld, the daughter of Amy Chua, aka, The Tiger Mom. The woman who wouldn’t let her kids have sleepovers. The woman who demanded only A’s. The woman who wrote the tell all parenting book that received rather negative reaction.

But it shouldn’t come as a surprise that Sophia was accepted to Harvard College. Amy went to Harvard College (and Harvard Law School). Sophia’s dad went to Harvard Law School, too. She’s a legacy. She obviously had top grades and test scores. And her letter to the “New York Post” demonstrated that she could write. She had a distinct point of view. She was raised by The Tiger Mom. If her college essays happened to focus on her mother, they’d be a college admissions counselor’s dream. So why is it a surprise that Sophia was admitted? It isn’t.

You don’t have to be a Tiger Mom if you want your kid to get into Harvard College. Students with all sorts of mothers get into Harvard. Short mothers. Tall mothers. Pretty mothers. Savvy mothers. Even absentee mothers. Does that mean that the children of the Tiger Moms won’t get into Harvard? No. But it shouldn’t come as a surprise either.