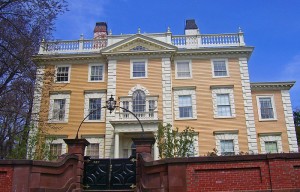 The admission statistics are in for Brown University Early Decision applicants for the Class of 2019 (photo credit: Daniel Case).

If you’re wondering how the 20% mark compares to previous years, 18.9% of Early Decision applicants were admitted last year as members of the Class of 2018, while 18.5% of Early Decision applicants were admitted to be members of the Class of 2017. And how about deferrals and denials, you ask? In all for the Class of 2019, 1,968 students were deferred while 408 were denied admission. As you likely know, deferred candidates are reconsidered in the Regular Decision round while denied candidates are not. At the Ivy League schools, generally around 10% of students who are deferred during the Early round end up earning admission. This statistic fluctuates a bit but it’s generally a good rule of thumb.

According to a “Brown Daily Herald” article on the 2019 Brown Early Decision admission rate, “Recruited athletes account for 26 percent of the early decision class, marking a small dip from the last admission cycle, when athletes accounted for 28 percent of the class, [Dean of Admission Jim] Miller wrote. Racial minorities account for 31 percent of the admitted class — a slight rise from the last admission cycle, when 30 percent of early admits identified as racial minority students. Forty-six percent of admitted students applied for financial aid. Approximately 58 percent of early admits are female, while approximately 42 percent are male. Admitted students hail from 43 states and 31 nations. New York, California, Massachusetts, New Jersey and Rhode Island are the most represented states in that order, Miller wrote. China, Canada, the United Kingdom, Singapore, France and India are the best-represented foreign countries. The mid-Atlantic region accounts for 24 percent of the admitted class, New England accounts for 21 percent, the Mountain and Pacific states account for 19 percent, the South accounts for 12 percent and the Midwest accounts for 9 percent. The remaining 15 percent of students are international.”

Have a question about the 2019 Brown University Early Decision admission statistics? Let us know your question by posting it as a Comment below. We look forward to hearing from you.