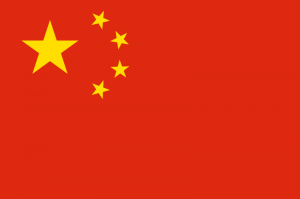 The recruitment and US college admissions process in China is in need of some serious reform.

The recruitment of students who live in China to attend colleges in the United States is in need of some serious regulation reform. These Chinese students are being taken advantaged of and manipulated out of their family’s earnings by “agents” who receive kickbacks by United States colleges (whose affiliation with them they keep secret) if they successfully get them to enroll. According to “Bloomberg,” an estimated 80% of students use such agents. If you think these kickbacks are bad enough, it gets worse. US college admissions in China is plagued by cut and pasted college admissions essays and completely fake teacher letters of recommendation.

According to “Bloomberg,” “Some of the services provided by agents in China violate ethical standards for college admissions in the U.S. About 90 percent of recommendation letters for Chinese students are fake and 70 percent of essays aren’t written by the applicant, according to the Zinch China report. ‘Many agents in China have folders full of ‘successful’ essays, which they tweak each year,’ Zinch China Chairman Tom Melcher wrote. ‘Others hire recent returnees to write essays.'”

Can you imagine submitting a college admissions essay that is completely cut and pasted, that is selected from a file of previously submitted college essays? With the dearth of reputable college counselors in China who have knowledge of American universities and the college admissions process in the United States, this is what students in China are doing. According to “Bloomberg,” “For recommendations, teachers’ names were signed without their knowledge, and extracurricular credentials such as student-union president were made up.”

Many of these Chinese students are duped in other ways. When they get to the United States, they think they’ll be at this wonderful university only to realize they’ve been enrolled at a satellite campus far from the main campus. And yet they still have to pay the same $47,000 of annual tuition. Imagine the feeling of showing up in a foreign country to attend the college of your dreams only to learn that you’re actually going to school in the trailer miles down the road from the college of your dreams.

The National Association for College Admission Counseling (NACAC) has denounced the unethical practice of these agents. So has the United States federal government. It’s illegal for anyone to receive money for “recruiting” an American student to a university in the United States. It’s time to make the process by which these agents “recruit” Chinese students to American universities illegal as well. This could not come soon enough!

Check out our posts American Education in China and University Admission in China.

And take a look at the “Bloomberg” article on United States University Recruitment in China.