International Applicants to US Universities 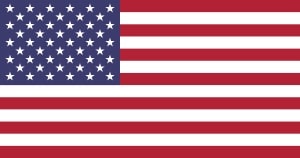 The best universities in the world are in America. While others are anticipating a drop in the number of international applicants to America’s most highly selective colleges, we don’t agree. We believe the drop will be at less selective U.S. universities.

We at Ivy Coach wholeheartedly disagree with these assertions.

Are some of these commenters simply xenophobic? You bet. But we’re not going to challenge their arguments by appealing to their shared humanity, by expressing how universities are better off for having a diverse set of students from around the world on their campuses (they are!). We’re going to challenge their arguments by undercutting their reasoning. So let’s break this down. The underlying basis for their argument is that international students take away slots from American students. And it is true that the percentage of international students in the incoming classes at America’s most highly selective universities has increased over the last decade. So it stands to reason that if the percentage of international students increases, the percentage of American students decreases. That too is not untrue.

If our America is built on the middle class – and it is! — then international students at U.S. universities help pave the way for young people of our nation’s middle class to forge their American dreams. Ironic? Yes. True? You bet.

We’ve expressed — contrary to popular belief — that international applicants will still apply in droves to America’s most highly selective universities under President Trump. That’s right. In spite of anti-immigrant rhetoric and proposed immigration bans, Ivy Coach’s famous crystal ball predicts that our nation’s most selective universities will not experience a significant drop in international applicants. While many universities will experience drops (and some already have), these universities are simply not among our nation’s most elite institutions. Adelphi is not Harvard. Sorry, Adelphi. The young people of South Africa, China, Korea, Brazil, and everywhere in between will still wish to attend the very best universities in the world. And the very best universities in the world are right here in the United States of America.

So our counter-argument is this: International students at U.S. universities make it possible for so many American young people to attend America’s most highly selective universities. Without these international students, high-achieving American students simply wouldn’t be able to attend because of high tuition costs. As Katilin Mulhere reports for “Yahoo News” in an aptly titled piece “The Immigration Crackdown’s Surprising Victim: Your Tuition Bill,”: “If there is a noticeable drop in international enrollments, university revenue is likely to fall-and American students could face tuition increases to make up the difference.” We’d just add — to land this important point — that any tuition hike ultimately ends up precluding certain American students from matriculating to these very institutions, which is surely not in America’s interest.