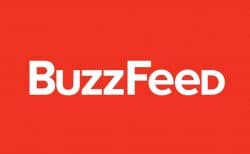 Ivy Coach is referenced today in an article up on “BuzzFeed” on Chinese students attending U.S. high schools.

While it’s not exactly a shocker, more and more Chinese students are coming to U.S. high schools. Indeed Ivy Coach is featured in a piece up on “BuzzFeed” today by Molly Hensley-Clancy entitled “More Chinese Students Are Coming To US High Schools To Get Into American Colleges” that we figured we’d bring to the attention of our readers. As Hensley-Clancy points out, 48% more students from China are studying at American high schools as compared to that same figure in 2013. And why are many Chinese nationals attending American high schools — including not only boarding schools but public schools as well? Ding, ding. You nailed it. In the hope of improving their case for admission to highly selective American universities.

And their reasoning is solid. As Hensley-Clancy writes, “In elite college admissions, international students who have studied in the US frequently have a leg up over those who remained in their home countries to study, said Brian Taylor, who works [at] Ivy Coach, a college counseling firm…Taylor has seen an increasing number of international clients who attend US private schools, especially boarding schools. These schools offer better English skills and more experienced guidance counselors than foreign schools, Taylor said, but they also have decades-long (and even centuries-long) relationships to the country’s top colleges — something even the best schools abroad cannot typically offer. ‘It’s easier for them,’ Taylor said of international students studying in the States. ‘In their home countries, the colleges don’t trust those schools. They don’t know how good they are.'”

That’s right. It’s hard to truly understand and have the utmost faith in many high school transcripts from nations outside the United States, especially China. Oh, and those cheating scandals on standardized exams like the SAT on the Asian continent sure don’t do wonders to boost credibility. So does it improve a Chinese student’s case for admission if he or she attends high school in the United States as opposed to continuing their secondary studies in China? You bet it does. Does the high school he or she chooses to attend in the United States matter with respect to their case for admission to a highly selective American university? You bet it does — just like it does for every American student.

We don’t anticipate this trend of Chinese nationals attending high school in the United States in the hope of boosting their chances of earning admission to elite American universities ending anytime soon — not even with the Trump administration’s anti-immigrant policies. Four years from now, let’s see if Ivy Coach’s famous crystal ball gets it right again. Only time will tell.

What do our readers think of the trend of more and more Chinese students coming to U.S. high schools? Let us know your thoughts by posting a Comment below. We look forward to hearing from you.