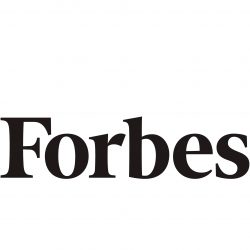 There’s a piece up on “Forbes” about Indian applicants to Ivy League schools.

There’s a piece up on “Forbes” by Matt Symonds entitled “Did An Ivy League Place Just Get Easier For Indian Applicants?” that we figured we’d share with our readers. But while we recognize the title makes for good click bait, Mr. Symonds never seems to answer his own question, which we found rather peculiar. Instead, Mr. Symonds discusses the rising number of Indian (distinct from Indian American) applicants to American universities. He also cites the international reaction to the presidency of Donald Trump and how his election could potentially curtail the number of international applicants to U.S. schools.

As he writes, “The number of Indian students heading to the U.S. for their college education has increased by 52% in the last two years. For many, the real prize is a place at one of the country’s top schools. But with just a 3% international acceptance rate at MIT, and an estimated 3 to 4% at Ivy League institutions such as Harvard and Columbia, they know they will face stiff competition and require stellar applications planning to secure their place. The international reaction to Donald Trump’s presidency could actually improve their chances this year.”

So is the argument that because President Trump’s election has stoked fears internationally about the climate for international students studying in the United States, that Indian applicants will have less competition to highly selective American institutions? Mr. Symonds never puts this argument into words. In fact, he makes no argument that the competition for admission to Ivy League schools will get any easier for Indian applicants. But if this was his point, by this same logic, wouldn’t Indian applicants have these same fears as their international peers? Mr. Symonds fails to address this point, rendering his entire argument — or rather his lack of argument — nonsensical.

Do our readers think Ivy League admission will become easier for applicants from India during the Trump presidency? Let us know your thoughts by posting a Comment below and we’ll be sure to jump in on the conversation.