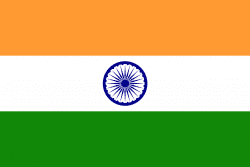 Students hailing from India are on the rise at America’s universities.

Among international students studying at universities across America, the nation that remains the best represented is China. This should come as no surprise to the loyal readers of our college admissions blog. But a group that has long placed second in this category behind China is India. And a report by our United States Department of Homeland Security suggests that Indian enrollment is on the rise…quite significantly. In fact, this population of students is increasing at a faster rate than even the Chinese population, which we find rather interesting indeed.

As reported by Mary Stegmeir in a piece entitled “US Colleges See Surge in Enrollment among Indian Students” on the blog of NACAC, “Data show that 113,648 Indian students were enrolled at US colleges in July 2014. A year later, that number had jumped to 149,999 — a 32 percent increase. In comparison, enrollment of Chinese students at US colleges increased by 10 percent during the same time period.” While there have been some protests outside the American embassy in India of late, the trend of Indians studying at American universities is a growing one.

It is our projection that this trend of increasing Indians at American universities will continue over the next few years…and likely more. While the Chinese still hold a significant lead in this category, it is our deep suspicion that the Indians will inch closer to catching up. It’s a race few are following but one we at Ivy Coach find quite interesting.