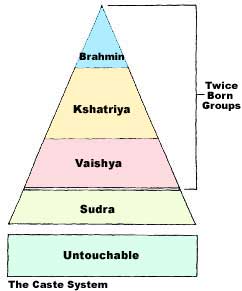 The caste system still plays a role in university admission within India.

As Affirmative Action is debated at the Supreme Court in the United States, a similar issue is currently up for debate in India. But in India, it’s not about reserving spots for minorities and the underprivileged. Rather, what’s up for debate is the merits of India’s caste system. The caste system was created about 1,500 years ago (and it’s still in practice today!) and it was used to, according to “The New York Times” article on India university admissions, “organize occupations in a feudal agricultural society. Those at the bottom of the system, now known as Dalits, were forbidden in some places from even allowing their shadows to fall on those at the top, known as Brahmins. Most castes were deemed ‘backward,’ which meant that they were consigned to menial jobs.”

The article describes a student in India who was applying to medical school. On the medical school application, it asked the applicant’s caste. She didn’t know which to choose. Neither did her father. It’s not like what caste you are comes up on a regular basis in India, but, in admissions, it still has its place. After fifteen minutes or so, her father ultimately told her to check the “general” box for caste. And because checking this box offers you no admission advantage, applicants with lower scores earned admission over her. So she ended up turning to dental school, rather than medical school (which she preferred).

In the United States, Affirmative Action favors the underprivileged in our country. In India, the caste system seems to favor the privileged. Isn’t this ironic? Do you think one particular way is better? Do you think both are out of date and out of touch with our current society? Is there a way to improve either system? Let us know all of your thoughts on the matter by posting below! And, while you’re here, check out this post on Ivy League Admission and India.