Admission to the Ivy League from India 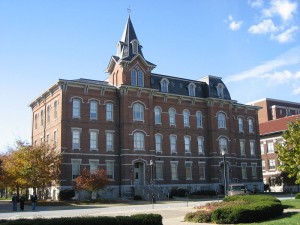 Apologies to Purdue for singling them out, but Purdue just isn’t one of America’s most elite universities. And yet many students from India are under the misimpression that it is (photo credit: Abhijitsathe).

Thinking about applying for admission to the Ivy League from India? As Ivy Coach has opened up an office in India, we figured we’d open up a discussion about some common misconceptions that students in India (and their parents) have about the U.S. highly selective university admissions process. And by highly selective university admissions process, we are referring to gaining admission to a university that is ranked among the top twenty or twenty-five universities as according to “US News & World Report.” So that includes the eight Ivy League universities (Harvard, Yale, Princeton, Dartmouth, Columbia, Brown, Penn, and Cornell), Stanford, MIT, Caltech, Duke, Northwestern, Wash U, UChicago, Johns Hopkins, and so on.

One common misconception in India, as ridiculous as this may seem to students and parents within the United States, is that attending a university in America is great and that it doesn’t really matter which one they choose. This could not be more wrong. There are some incredibly terrible universities in the United States. There are universities that few have ever heard of. There are universities that pay admissions agents in India (and in China) to help sway students from within these countries to apply. The very best schools don’t need to resort to such tactics.

Attending one of America’s most prestigious universities from India is an outstanding investment and one of the best decisions a student can make. But attending an OK university in the United States often just isn’t worth the investment. There’s MIT, Caltech, UChicago, Duke, Northwestern, Stanford, Amherst, Williams, Wash U, the eight Ivy League schools, Johns Hopkins, and a few other elite universities in America. Note we just named a couple handfuls of schools. And then there’s every other school. There are hundreds of universities in the United States. Most, we would argue, simply aren’t worth the investment for students from India — or from any nation for that matter.