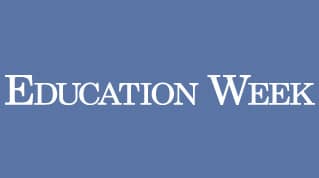 A new study conducted by the College Board, the company behind the SAT, has found that the grade point averages of high school students have been on the rise throughout the nation over the last several years. In a study led by Michael Hurwitz (not to be confused with the Mitchell Hurwitz behind “Arrested Development”), the data indicates that the overall GPA of high school students rose by 0.11% of a GPA point over the span from 1998 to 2016. But there was an important disparity in the data — GPA rose more significantly at suburban public schools than at urban public schools. It rose even more at private schools as compared to public schools — with the biggest increases at independent, non-religious high schools.

It doesn’t take a giant leap of faith to realize that the data highlights evidence of another barrier to admission to highly selective colleges for low-income students. Now, don’t get us wrong, highly selective colleges love to admit low-income students in the hope of bridging the divide between the rich and poor here in America and around the world. We’re been quick in the past to correct folks when they suggest that colleges aren’t seeking these very applicants (check out how the Founder of Ivy Coach does just that towards the end of this video). But the fact is that low-income, high-achieving students make up merely 3% of enrollment at elite colleges these days, as a recent report by the Jack Kent Cooke Foundation indicates. That’s in spite of the efforts of these schools to attract these very students. Well, here’s one key reason why! In highly selective college admissions, grades and the rigor of coursework mark two of the most important factors (even more so than standardized test scores). So when low-income applicants have lower GPAs because their (often) urban public schools don’t inflate grades as much as their suburban counterparts, it puts them at a distinct mathematical disadvantage.

It’s certainly not rocket science to conjecture why private schools — both religious and non-religious — as well as suburban public schools inflate their grades. When parents pay hefty tuition dollars to a fancy New England boarding school, as an example, they fully expect that a tenth grade math teacher isn’t going to ding their child’s case for admission to elite colleges by giving that student a ‘C.’ They fully expect that the boarding school cares about its college placements. It would not be to their advantage for a math teacher to issue such grades. The school has every incentive to grade their students highly so these students earn admission to the colleges of their dreams. It also incentivizes the parents to send their younger children to the school, which of course means more tuition dollars.

As a piece in “Education Week” by Catherine Gewertz entitled “Grade Inflation Is Greater in Wealthier Schools, Study Says” articulates, “Richard Weissbourd, who directs the human development and psychology program at Harvard’s Graduate School of Education, told Education Dive that the grade inflation in private and suburban schools is probably driven by pressure from aggressive parents who are worried about their children’s chances of being admitted to selective colleges. Private schools, in particular, ‘need to be able to tout how many of their students went to selective colleges’ in order to be ‘attractive to parents,’ Weissbourd told the Hechinger Report, ‘so they’re incentivized to give better grades.'” Well said indeed.

Do Colleges Grade Inflate Too?

On the topic of grade inflation, curious which highly selective college has the most well-known reputation for grade inflation? …That would be Harvard University. As the saying goes, it’s very difficult to get into Harvard but it’s very easy to stay in. Ok, it’s possible we at Ivy Coach came up with that saying some years ago but we also came up with Letter of Enthusiasm, Postmortem Evaluation, and Demonstrated Interest so we’ll roll with it.