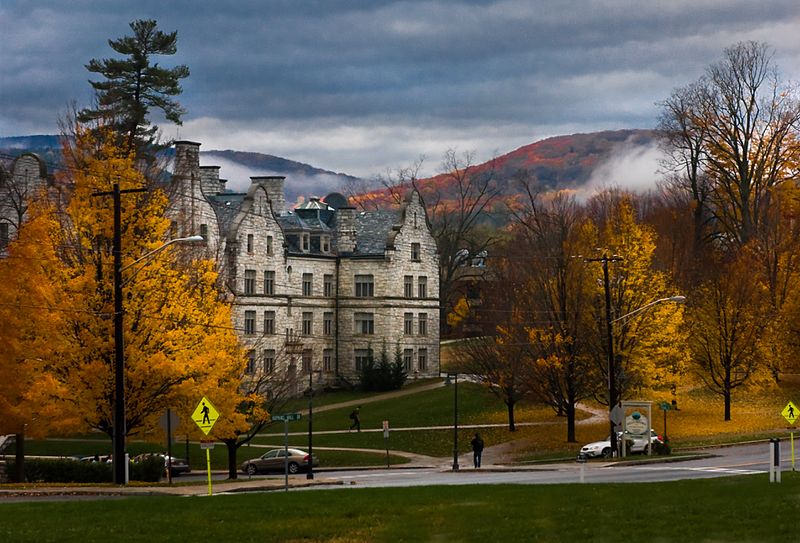 The Early Decision data is in the books for the Williams College Class of 2021. In all, 257 students earned admission to the Williamstown, Massachusetts liberal arts college out of a record number of Early Decision applicants. In a 25% increase year-to-year, 728 students ended up applying this Early Decision cycle to Williams. That truly is a major uptick in highly selective college admissions. 25%. Wow. And, like at Dartmouth College, this year’s Early Decision pool will fill 47% of the incoming first-year class.

As reports the Williams College Office of Communications, “The admitted students represent 209 secondary schools around the world. Thirty-four states are represented, with the largest numbers coming from New York (52), Massachusetts (45), California (28), Connecticut (13), Maryland (11), Florida (9), New Jersey (9), and Virginia (7). Six students come from each of the states of Illinois, Ohio, and Texas. The 12 international students admitted represent 10 countries: Bangladesh, Canada, China, Ghana, Jamaica, Kenya, Mexico, Pakistan, the United Kingdom, and Venezuela. Of the 257 admitted students, 140 identify as men, 94 as women. One identifies as agender and 22 students did not respond to an optional question about gender identity (but did answer a required binary question that appears on the application).”

So it was a banner year indeed for Williams College, a school that regularly tops the “US News & World Report” ranking for “National Liberal Arts Colleges.” Congratulations to the 257 students who earned admission in the Early Decision round to Williams College!