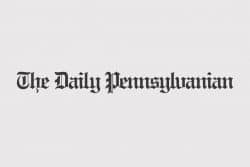 Penn has a history of filling a major chunk of its incoming class in the Early Decision round.

As Julia Bell reports in “The Daily Pennsylvanian,” “So far, Penn’s incoming class includes students from 46 states and 44 foreign countries. Penn also partnered with over 40 community-based organizations that represent underserved students, like the national nonprofit program QuestBridge and Philadelphia’s Steppingstone Scholars program. Penn typically admits around half of its total class in the Early Decision round. Last year, 55 percent of the total 2,445 spots available were filled by Early Decision applicants.”

And, marking a first in the university’s storied history, half of all students admitted to Penn’s School of Engineering and Applied Sciences were female this year. Of course, the trendsetter in this department remains Dartmouth College but how cool it is that other highly selective colleges are following in Dartmouth’s wake!