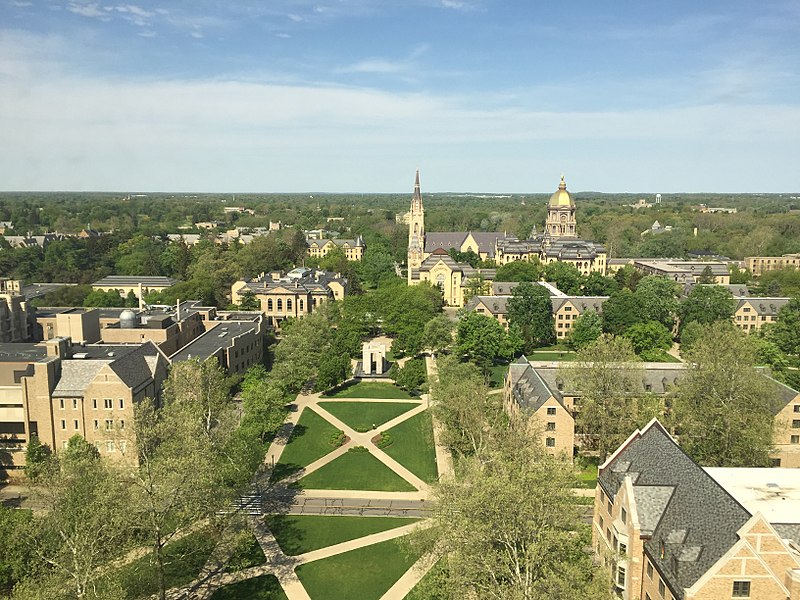 The University of Notre Dame has released its Early Action statistics for its Class of 2022. In all, 6,598 students applied under the school’s Restrictive Early Action program — a rise in applications from last year’s Early Action pool. Of these students, 1,636 were offered the chance to become members of the Fighting Irish. If history is any indicator, a high percentage of the 1,636 students who were offered admission will choose to matriculate to Notre Dame. Last year, 64% of those students admitted under Notre Dame’s REA program chose to attend. As the school touts in its press release on the Notre Dame Class of 2022 by Shannon Rooney, “Overall, the University typically ranks among the top ten schools in the nation for its enrollment rate and in the top six for universities that have early action rather than binding early decision programs.” It’s something we at Ivy Coach have seen firsthand: students who love Notre Dame want to go there. In many cases, they can’t be convinced to go to a Cornell or a UPenn even if they could get in. They want to be members of the Fighting Irish!

Breakdown of the Notre Dame Class of 2022 Early Action Statistics

As Rooney reports, admitted students to Notre Dame’s Class of 2022 hail from 48 of the fifty nifty United States from 13 original colonies as well as the District of Columbia and Puerto Rico. Students also hail from 52 nations around the globe (11% of admits are either citizens of other nations, dual citizens, or U.S. students who’ve gone to high school outside of the U.S.). 44% of students attend public high schools, while 40% attend Catholic schools, and 16% attend private or charter schools. Of the admits, 22% hail from the Northeast, 15% from the Southeast, 18% from the Midwest, 21% from the Central Midwest, 18% from the West and Southwest, as well as 6% from high schools outside of the United States.

From the Notre Dame press release: “Don Bishop, associate vice president of undergraduate enrollment says, ‘Our admitted pool has again surpassed our prior class profiles with their academic accomplishments, but they were selected due to their motivation for scholarship as well as their exceptional levels of achievement in leadership and service. We are inspired by the creativity, humility, and ambition of the students who aspire to join the Notre Dame family.'”

Congratulations to all students admitted to the Notre Dame Class of 2022 during the Early Action cycle. It’s time to do the Victory March!