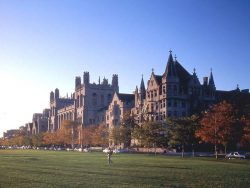 The University of Chicago has added two rounds of Early Decision in addition to Early Action.

UChicago has changed the game for new college applicants.

That was always a great strategy, and one we encouraged. Why not have backups in the Early round? It’s only logical. The only catch was that a student couldn’t apply to the University of Chicago if they were applying to colleges such as Harvard, Yale, Princeton, or Stanford because these four institutions are Single Choice Early Action schools. Students also couldn’t apply Early Decision to UChicago. They could choose Regular Decision, but they’d have to wait for a reply until the normal decision date.

However, UChicago’s new admissions policy changes the landscape for applicants.

Beginning with the Class of 2021, Early applicants to the University of Chicago have more options.

Starting with the Class of 2021, the University of Chicago has added not only Early Decision I but also Early Decision II to their admissions policy. The Early Action policy is still in place as per usual, but these new options for the Early round significantly change the strategic playing field for applicants. Giving students the option to apply Early Decision I and II provides more leverage for applicants who want nothing else than to get into UChicago, but it also creates more competition for Early Action or Regular Decision applicants — and it may see a lot of students end up on the waitlist.

What do you think of the University of Chicago’s three Early options — Early Action, Early Decision I, and Early Decision II? We’re curious to hear from our readers, so do post a comment below and we’ll be sure to write back.