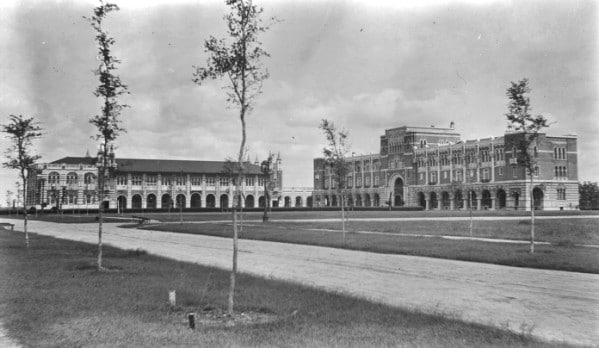 Admissions statistics are out for Rice’s Early Decision Class of 2022 pool.

Rice University has released its admissions figures for the Early Decision pool of the Class of 2022. It was a record-breaking year this fall at Rice. In all, 1,916 students made binding commitments to attend the university if admitted this December. Of these 1,916 students who applied, 371 earned admission as the first members of Rice’s Class of 2022. This marks an admission rate of 19.1% for the Early Decision round at the Houston, Texas-based university. And if you’re wondering if many of the admitted students hail from the state of Texas, you bet they do. 165 of the 371 admitted students call Texas home. An additional 165 admitted students hail from other U.S. states or territories. So, by our calculus, this means that 41 admitted students hail from outside of the United States. And that’s consistent with another statistic released by Rice — that 11% of the incoming Yale class to date is comprised of international students.

Breakdown of the Rice Class of 2022 Early Decision Admits

As reported by B.J. Almond for “Rice News” in a release about Rice’s Class of 2022, “Of the 330 domestic admitted students, one-third are Caucasian, one-third are Asian-American and one-third are from traditionally underrepresented college-going populations, including African-American, Hispanic, Native American and Native Hawaiian or Pacific Islander. Rice has long been a member of the QuestBridge Scholars program, which aims to ‘connect the nation’s most exceptional, low-income youth with leading colleges and universities,’ [Vice President for Enrollment Yvonne] Romero da Silva noted. Through this program, Rice was matched with 51 QuestBridge finalists who are counted as part of the Early Decision class. Rice University is committed to meeting the financial need of admitted students through its need-based financial aid policy. So far, 61 Early Decision admitted students from low-income families have been identified as being eligible for Pell Grants, and another two dozen or so students may qualify as Pell-eligible once they complete their financial aid applications.”

Congratulations to all students who were among the 19.1% of applicants to earn admission to Rice University this Early Decision cycle!