How Many Colleges To Apply To 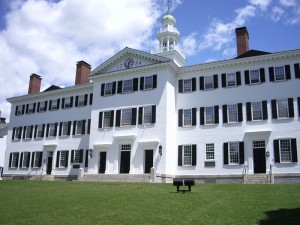 How many colleges should students apply to? One or two is ideal ;). Through Early Decision and Early Action policies!

How many colleges to apply to, you ask? Parents and students often ask us how many colleges is an appropriate number of colleges to apply to. The Common Application allows students to apply to 20 schools and, unless these students’ high schools forbid them from doing so (or even from submitting 20 applications), they can also submit applications to colleges that aren’t part of the Common Application. Most of our students at Ivy Coach don’t apply to 20 schools. In fact, the vast majority of our students apply Early Decision or Early Action and then they’re done. While so many of their peers remain stressed throughout senior year, they can sit back and know that they’ve already earned admission to their dream school.

We sometimes hear from parents and students that they don’t want to apply Early because they’re not ready to commit to any one school. And we say, “That’s ridiculous.” Or some version of this line. First of all, when you apply Early Action, it’s non-binding so the student doesn’t have to go if admitted. But even if a student does apply Early Decision (which is binding), that student is going to have to make a commitment to one school in the end anyway. So why wouldn’t he or she make that commitment early on, when the odds are much more in that student’s favor? At many highly selective colleges, the admission rate can be four times higher (or more!) in the Early Decision or Early Action round. The numbers speak the truth. The truth we tell you!

It’s absolutely crazy to not apply Early Decision or Early Action. If the argument is that you want to weigh various financial aid packages, you might want to first determine if you even qualify for aid as, in so many instances, families don’t and yet they apply for aid hoping that they’ll get it. In spite of what colleges may tell you, this will hurt your child’s case for admission. Colleges that claim to be need blind aren’t telling you the full truth. They’re need aware. Quite aware. And you can also plug your income and such into the Net Price Calculator and figure out what kind of aid package you should expect anyway. You don’t have to wait on college decisions to figure this all out.