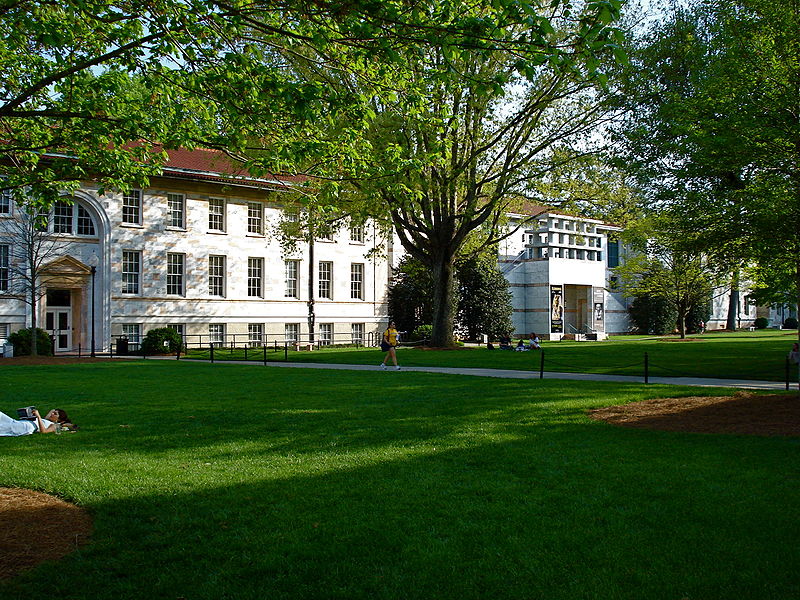 The statistics are in for the Early Decision I round at Emory University this fall.

As reports April Hunt in an Emory University press release, “Kelley Lips, Oxford’s dean of enrollment services, says the college often hears from students interested in the distinctive, small, liberal-arts environment, where faculty are dedicated to teaching and there are significant opportunities for leadership during the first two years of their undergraduate studies. Students who enroll at Oxford continue their studies on Emory’s Atlanta campus as juniors. ‘We are excited to have notified the first round of students of their admission and welcome them to the Class of 2022,’ Lips says. ‘They’ve demonstrated engagement in the classroom and their community and great potential for their contributions to Emory University.'” So congratulations are due indeed to Emory’s admissions office for the surge in Oxford College applications (as well as the increase in applications to Emory College from last year’s Early Decision I cycle).

We’ve written quite a bit about Demonstrated Interest over the years here at Ivy Coach. And as the regular readers of our college admissions blog know quite well, we would argue without equivocation there is no school that values interest more so than Emory University. Emory is the kingpin of the Interest Quotient. Label the school’s admissions office insecure. Label the school’s admissions office analytical and forward-thinking (so many schools have followed Emory’s lead in valuing a student’s interest in attending to improve their yield figures and ultimately their “US News & World Report” ranking). Label it what you’d like but there is no denying that Emory University wishes to admit students who intend to enroll. It’s why the school has not one but rather two rounds of Early Decision. After all, in Early Decision, students are bound to matriculate if admitted so the yield is nearly 100% (give or take the students each year who can’t attend for financial reasons or whose admission is rescinded for behavioral issues, a drop in grades, etc.).

Congratulations to all students in the Class of 2022 who earned admission to Emory University in the first round of Early Decision!