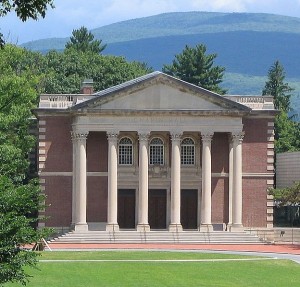 The Early Decision figures for Williams’ Class of 2018 are in (photo credit: SERSeanCrane).

The numbers for Early Decision at Williams are in and we’ve got these much anticipated figures for our readers. 237 students have been admitted to one of America’s finest liberal arts colleges via Williams’ Early Decision round. Of these 237 students, 124 of them are women and 113 of them are men. Together, they will comprise approximately 43% of the incoming Williams Class of 2018 as Williams’ target class size is 550. By our math, 263 students will ideally matriculate to Williams through the Regular Decision round (though they’ll make more offers of admission than that because in Regular Decision, students aren’t required to matriculate).

In an utter shock — if you’ve been reading our admissions blogs daily, you know how we feel about deans of admission saying they’ve secured terrific classes (would they say anything different ever?) — Richard Nesbitt, Williams’ director of admission, said, as quoted on the Williams website, “554 students applied under Early Decision and the quality of the pool was superb. “With so many highly qualified applicants to choose from, the selection process was as keenly competitive as it’s ever been,” he said.

For test scores, this year’s Early class is stronger than any other Early class in Williams’ history. With an average of 716 on Critical Reading on the SAT, 713 on the Math on the SAT, 724 on the Writing on the SAT, and 32 on the ACT, the Early class also boasts a nationally acclaimed jazz saxophonist, an award-winning Hellenic dancer, and much more. Now those are the kinds of anecdotes that we love to hear from deans of admission. Good job for putting that out there in the press, Richard Nesbitt. You’re showing there, rather than telling. Like any good applicant should do in their college essay. We at Ivy Coach salute you for that!

While you’re here, read about Early Decision at Williams for the Class of 2017.