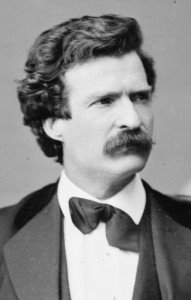 At this time next month, we’ll be right up against the deadline for students to submit their Early Decision and/or Early Action applications. If you’re thinking that you’re going to wait until the Regular Decision round to apply to colleges, you are making a major mistake. To not use one of the few cards you’ve got in your back pocket is a mistake that way too many college applicants make. The data does not lie. Look at the admissions statistics in the Early round as compared to the Regular round. Students who apply Early have greatly increased odds of getting into a highly selective college than do students who apply Regular. Mark Twain may have said, “Lies, damned lies, and statistics” but in this case, Mark Twain would even agree that you should be applying Early to the college of your dreams.

And if you don’t have a college of your dreams just yet, come up with one fast because you’re going to have to choose one college to attend anyway. You might as well choose that dream college now when you’ve still got a chance to apply Early Decision or Early Action there. Procrastinating is a really, really bad idea. In fact, at Ivy Coach, we refuse to work with students who approach us before the Early deadlines and don’t want to apply Early. Because that tells us that they won’t take our advice, that they won’t do what is necessary to gain admission to their dream school. That’s fine. But they’re not working with us. Our time and resources are finite. We, quite simply, don’t have time for that nonsense. And it’s just that…nonsense.

If you haven’t gotten started on your college admissions essays for your Early Decision or Early Action school, it’s high time to get to work. It’s not good that you’ve waited this long. Writing outstanding essays that sway admissions officer to want to go to bat for you takes time. But know that it’s not too late. We’ve still got time. No need to stress. But don’t wait a day longer. Contact us today to get started on your Early Decision or Early Action applications.

Have a question on Early Decision or Early Action policies? Ask away by posting a Comment below. We look forward to hearing from you.