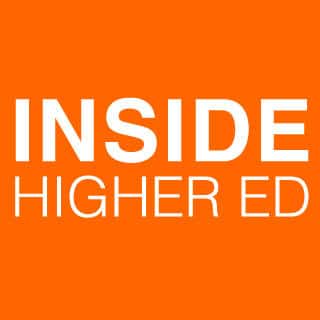 There is an outstanding piece by Robert Massa up on “Inside Higher Ed.” Did we mention that it’s outstanding?

Have you read a lot of criticism directed at Early admission policies of late? If so, stick around because there’s another side to the story — a side we’ve been championing for many years.

Every now and then we come across an editorial on highly selective college admissions in which the author gets it right. We say every now and then because we come across so many editorials on highly selective college admissions in which misconceptions and falsehoods are perpetuated — further confounding parents and students navigating the process. But today we came across a piece written by Robert Massa, a former dean of enrollment at Johns Hopkins University, for “Inside Higher Ed” entitled “Colleges Should Abandon Early Admission? Really?” that is absolutely spot on. We love it when folks join the chorus. The more voices, the merrier.

As Massa writes, “Every year without fail, a well-respected educator comes out against early-admission programs, calling them ‘barriers to keep most low-income students out’…But early-admission programs are not discriminatory by definition at the bulk of the nation’s nonprofit, four-year colleges and universities. And in fact, they do not have to act against the inclusion of disadvantaged students at the nation’s most prestigious institutions.” So very true! Massa raises the point that one of the major criticisms of Early programs is that students in low-income schools don’t know about the advantages of applying Early. But as Massa correctly asserts: “Colleges and universities can and do promote early decision and early action in all of their search communications, on their websites and in their brochures.” They sure do!

Ivy Coach salutes Robert Massa for telling it like it is and for correcting a major misconception about highly selective college admissions. As he states, “Early-admission programs are not discriminatory by definition.”

But Massa isn’t done there and we can’t help but root him on. Go, Massa, Go! As he writes, “And the notion that low-income students can’t commit to enrolling through an early-decision program because they need financial aid is an equally empty hypothesis. First of all, the early Free Application for Federal Student Aid allows colleges to award actual aid upon early-decision admission. Second, as every early-decision institution will tell you, if the aid is not sufficient in the family’s mind, the student will be released from the early-decision commitment.” Amen! And of course, all students and parents have to do is Google the term “Net Price Calculator” and they can get a very good sense of what their net costs will be at a given institution.

The notion that Early Decision and Early Action policies unfairly disadvantage the underpriviledged is a false narrative. Rather than criticize schools for offering Early Decision and Early Action programs, perhaps these critics should instead raise awareness of the advantages of applying Early — especially for low-income young people. Kudos to Robert Massa for doing just that! Way to tell it like it is. We stand with you!

Have a question about Early admission policies? Post your question below and we’ll be sure to answer.