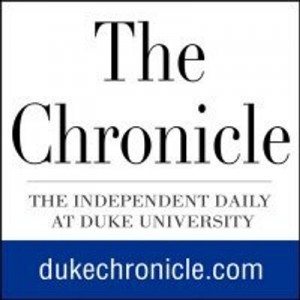 Bev Taylor, Founder of Ivy Coach, is quoted extensively today on the pages of “The Duke Chronicle,” the newspaper of Duke University.

Bev Taylor, Founder of Ivy Coach, has been featured in an article of “The Duke Chronicle” entitled “Duke stands by binding early decision policies” that we figured we’d share with our reader-base. Many argue that binding Early Decision policies preclude applicants who need to weigh one college’s financial aid offer against another from applying. And that’s because they won’t have a chance to compare the packages since they’re only applying to one school. It’s like going to a physician without having the option of getting a second opinion, we imagine they’d argue. So what does Bev have to say about Early Decision policies precluding students of low-socioeconomic means, you ask? Hogwash.

As quoted in this piece in “The Duke Chronicle,” “Bev Taylor, founder of the Ivy Coach, a New York-based college consulting firm, said that opposition to early decision is often due to ignorance of the resources available to applicants. Financial aid calculators exist at nearly every top university, and students can check their financial aid packages before they even apply, she said. Financial aid packages for students admitted through both early and regular decision are calculated the same way at Duke, [assistant vice provost and director of financial aid Alison] Rabil said. ‘We don’t change how we calculate the award just because you’ve made a commitment to us for ED,’ she wrote. Early decision offers additional benefits, Taylor added. The program provides closure to both colleges and students — a university knows that a part of its class is filled, and prospective students can stop stressing about the college search. ‘The beauty of early decision is that these colleges know that if the student is applying, they’re coming,’ Taylor said. Taylor noted that applicants may also benefit from higher early decision acceptance rates. At 25 percent, the early decision acceptance rate for the Duke Class of 2018 is higher than its regular decision acceptance rate of 9 percent in the same year. A similar trend is visible at peer universities, both those with early decision and those with early action.”

While Early Decision policies may regrettably preclude students of low socio-economic means from applying (and the data certainly supports this unfortunate fact), it’s likely only because these families haven’t been well informed that they can calculate their financial aid packages before they even apply to colleges, including their potential Early Decision school. They can indeed still do the comparison! Applying to only one school rather than fifteen schools sure saves money on applications too and it’s high time that this myth that Early Decision discriminates against those of low socio-economic means is busted. Maybe it’ll be on “MythBusters.” Don’t hold your breath. How cool was the one about the escape from Alcatraz?