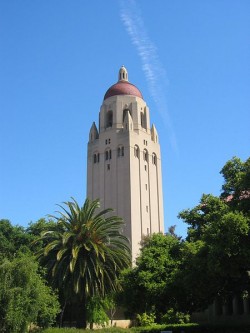 It takes a certain kind of crazy to not apply Early Decision or Early Action somewhere (photo credit: Jawed Karim).

Take a look at our Ivy League Statistics page, the most comprehensive compilation of data on Ivy League admissions statistics you’ll find anywhere. Let’s take a closer look at some of the Early Decision / Early Action and Regular Decision admission rates to make our point crystal clear. For the Class of 2019 (last year), at Brown University, the Early admission rate was 20%. In Regular Decision? That same statistic was 7.2%. For the same class at Cornell University, the Regular Decision admit rate was 13.3%. In the Early round? 27.2%. At Dartmouth College, it was 8.8% in the Regular round. In Early Decision, it was 26%.

Mark Twain may have said, “There are lies, damned lies and statistics.” But in this case, the man who brought Huckleberry Finn to the world would be wrong. To not apply Early Decision or Early Action (depending on the individual school’s policy) would be to ignore all of the data. It would be to ignore our expert advice. You would be doing yourself a great disservice.

And if you do need assistance in these final days, there are — we repeat there are — still things that can be done so as to improve your case for admission to an Early Decision / Early Action school. So fill out our consultation form and we’ll be in touch via email within the day. Don’t call us. Don’t email us. Just fill out the form and we’ll be in touch — we’re simple like that.