The Advantage of Early Applications 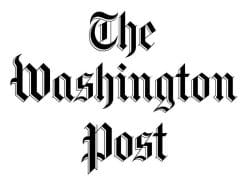 There is a great quote from a former Northwestern University admissions officer on the pages of “The Washington Post.”

We know, we know. Yet another post on the advantage of Early applications. Whatever. Deal with it. We regularly make a point of expressing the importance of a student using his or her Early Decision or Early Action card and using it wisely. As our compiled Ivy League Statistics for the Class of 2020 make clear, admission rates are significantly stronger in the Early round as compared to the Regular round. Look no further than the University of Pennsylvania as a case example, though the University of Pennsylvania is surely not alone. Each and every single Ivy League college favors its Early applicants to its Regular applicants. And when folks chime in through the media to echo this point, we’ll always bring what they say to the attention of our readers, just in case they’re not listening to us.

So here’s a quote on the advantages of applying Early from a former Northwestern University admissions officer, Jaime Garcia, as it appeared in “The Washington Post”: “If you are 100 percent sure where you want to go, seek early admission. Generally, college admissions officers know that those who apply for early decision are  those who have a higher satisfaction rate when they are on campus. Because early decision is a great indicator for this satisfaction, schools frequently have goals and benchmarks for admitting a particular percentage of students through early decision. They won’t tell you this, but early-admission acceptance rates are often higher than regular acceptance rates. It is also less competitive because the applicant pool is smaller than regular decision.”

As Jaime Garcia expresses, Early applicants, in general, end up being more satisfied once they attend the Early school that offered them admission compared to their Regular Decision peer applicants. Colleges don’t want students to transfer. That’s bad for business. And they want students to be happy. That’s good for business. So do these colleges favor Early applicants? You bet they do!

Ivy Coach salutes Jaime Garcia for telling it like it is, for speaking the truth, and for not being shy to articulate these extremely valid points on the pages of the newspaper Woodward and Bernstein helped make one of the most respected journalistic sources in the world.

So, we ask our readers, is there an advantage to Early applications? Post a Comment below and we’ll be sure to jump in on the conversation.