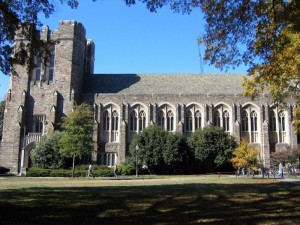 Colleges do indeed rescind acceptances on occasion. It’s rare, but it happens. Don’t fall into this category.

Admitted Early Decision students and Early Action students, you best not be slacking off. A few folks have written in to us of late that their children have received warning notices from the colleges that admitted them in the Early Decision and Early Action round that they are aware their grades (or behavior) has slipped and they expect their grades (or behavior) to return to their usual standards. Admission can indeed be rescinded. Make no mistake about it. When students were admitted, they were given this warning. Is it rare for an admission to be rescinded? Yes, indeed. But it happens. Students shouldn’t slack off and start going to the movies during school. Even if the next “Hunger Games” installment is hitting theaters. That kind of behavior would be very, very bad!

Is a single ‘B+’ going to cause a school that admitted your child in the Early Decision or Early Action round to change its mind and reverse its admissions decision? Likely not. Will a few ‘C’s’? It sure could! Will dropping AP Calculus BC and not taking math jeopardize an offer of admission? It sure could! Students should not be dropping coursework after gaining admission. They should be staying in the same coursework they presented to the colleges that admitted them in the first place — and excelling in such coursework. It’s only right.

Bad behavior can also be cause for a college to rescind it acceptance. So don’t participate in senior pranks. Don’t suddenly start smoking pot. Make like Nancy Reagan and don’t do drugs. You worked too hard to get into these highly selective colleges. It took years of work. Don’t undo all of that great work by slacking off or by behaving badly during your final months of high school. That would be rather unwise.