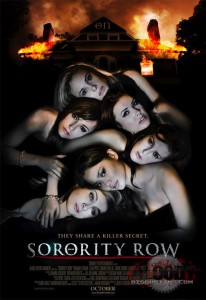 The rush process at college fraternities and sororities apparently can be gamed. Who knew.

Many of our students end up joining fraternities and sororities once they go to college. The fraternity and sorority scenes at various colleges vary and if it’s something that our students express an interest in, we do encourage them to check out the scene — or lack thereof — prior to deciding upon a school to attend. But on the topic of college fraternities and sororities, we thought we’d share with you an article that we came across a little while back by Abigail Sullivan Moore. The article, which ran in “The New York Times” discusses the lengths college-aged females are going to to gain admission…to sororities!

Apparently, there are folks who deem themselves sorority consultants. As sorority consultants, these folks offer their expertise about how to get into the sororities of their clients’ choice. Yes, you read that correctly. According to “The New York Times” article on sororities, “Margaret King of Birmingham, Ala., was at a loss about how to help her older daughter prepare to rush at the University of Virginia. In the South, where sororities have long been a momentous rite of passage, the road to sisterhood is long and not so clearly marked. So Mrs. King, who graduated from Yale in 1984, before it had any sororities, enlisted the aid of Marlea Foster and Pat Grant, local consultants who had coached their own daughters through rush at Furman, the University of Georgia and Auburn University. Naming themselves the Rushbiddies, they opened shop in 2009 after hearing about the rush misfortunes of their daughters’ friends.”

Oy vey. We initially thought that this article was a prank. But it seems “The New York Times” doesn’t have that kind of sense of humor — it’s serious. These folks really consult with college-aged women to help them get into sororities. So what does their help entail? They teach them how to make “appealing facial expressions,” they work on their conversation skills, and they correct their body language to improve their odds of sinking bids at sororities among other things.

Well, heck, it’s a free market economy and these folks seem to have found some kind of niche where their services are needed. So good for them. We’ve now seen it all. Really.

Categories: Deciding on a College to Attend, Selecting Colleges