Social Media Can Hurt in College Admissions Too 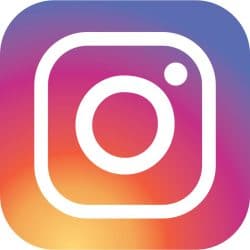 Oh nuts. We hate picking on “CNN.” We love Anderson Cooper! And “CNN” has been taking too many unwarranted hits these days with all the erroneous “fake news” claims. But there is a misleading headline we feel the need to correct for our readers. A piece by Kelly Wallace is entitled “Surprise! Social media can help, not hurt, your college prospects.”

The “CNN” piece does point out some interesting data that elucidates how a positive social media footprint can help one’s case for admission. As Wallace writes, “But what teens — and their parents — might not be aware of is how often college admissions officers say social media positively impacts a prospective student’s application, as opposed to reducing their chances of admission. Thirty-five percent of the 365 college admissions officers who participated in a telephone survey by the educational services company Kaplan Test Prep said they check social media during the admissions process. That number is down from 40% last year but dramatically up from 10% in 2008, when Kaplan started asking the question about social media as part of its annual survey. Of those who said they look at a student’s social media networks, a larger number said the review benefited the applicant: Forty-seven percent said what they found had a positive impact on prospective students versus 42% who said what they discovered had a negative impact.”

We’re not big believers in college applicants having a big social media footprint, with exception (e.g., to promote a really cool business if the student is a young entrepreneur). But let’s not lose sight of the fact that a negative social media footprint sure can hurt a student’s case for admission — contrary to the article’s headline.