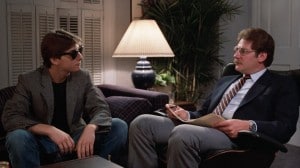 Name this movie. It featured a character played by Tom Cruise on a Princeton University interview.

There was an editorial in “The Los Angeles Times” some days back entitled “Why I won’t reenlist as a Yale alumni interviewer” written by Ben Orlin, an alumnus of Yale University, that we figured we’d share with our readers. We know what you’re thinking. Who in Los Angeles reads? But, anyway, the op-ed describes how frustrating it is to interview so many good kids, so many of whom end up getting denied admission to Yale. It’s an opinion we’ve heard expressed many times before and Mr. Orlin’s frustration makes sense. He meets for a hot chocolate with these kids who have big dreams, he grows to like them, to want to root them on, and then they get crushed by the highly selective college admissions process. We get it.

But Mr. Orlin also refers to the admissions process at Yale as essentially a ‘random’ process when he writes: “With so many qualified students, top colleges don’t — as you might expect — look for the very best. They don’t even operate on a single, well-defined notion of what ‘best’ means. Instead, they go for balance. They’re just trying to fill their campus with a diverse cohort of freshmen. Consistency and fairness — whatever that would mean — have nothing to do with it. It’s like making trail mix. You don’t care whether this particular peanut is more deserving than that particular chocolate chip. You’re just choosing high-quality ingredients that go well together. Granted, this method might not seem random from the university’s perspective. But it is from the students’. One year favors trumpeters, the next favors bassoonists, and kids have no way of knowing whether their particular skills will be in demand this time around.”

The admissions process to Yale is difficult, yes. The vast majority of applicants are ultimately denied admission. So it should come as no surprise, logically speaking, that the vast majority of students Mr. Orlin interviews too face such rejection. But that doesn’t mean the process is random. Because it’s not random. In a line, highly selective colleges like Yale want students who excel both in (top grades, top scores) and out of the classroom, who bring a unique, singular talent to their incoming class. What that line does not state is that they’re looking for well-rounded students. Not in the least. They’re looking for singularly talented students who together form a well-rounded freshman class (comprised of singularly talented students…just to drive that point home once again).