The Voice of a Parent in College Essays 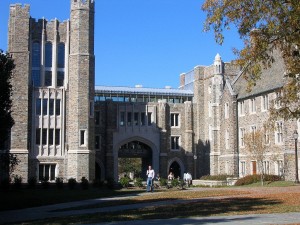 It’s quite easy to discern if a parent wrote or strongly contributed to writing a college admissions essay. Mommy and daddy, don’t think you’re fooling an admissions officer at a highly selective college for a second with the admissions essay you worked on from your desk at the office. Because you most certainly aren’t. College admissions officers at highly selective colleges read tons of college essays. They can certainly tell if the voice in a college essay doesn’t sound genuine, if it doesn’t sound like a teenager’s.

Often times, parents don’t even realize that their own lingo is infusing an admissions essay that they wrote…or contributed strongly to writing. Maybe it’s a phrase from their line of work that no student would ever use but the parent hears this phrase so often that it’s a part of his or her vernacular. This is a dead giveaway in a college essay. Or maybe it’s a reflection that no seventeen year-old would simply ever make.

We can tell a parent’s writing very easily. We can discern the voice of a parent in written communications with students. We can typically discern the voice of a parent within seconds of beginning a college essay. They just don’t sound like kids wrote them. Even if they wrote #YOLO or #TBT for Throwback Thursday. But don’t include any such ridiculous acronyms in your college essays, students either. That would be bad. Yikes.

Have a question about college admissions essays? Let us know your questions by posting a Comment below. We look forward to hearing from you.

The Fingerprints of Parents in College Essays