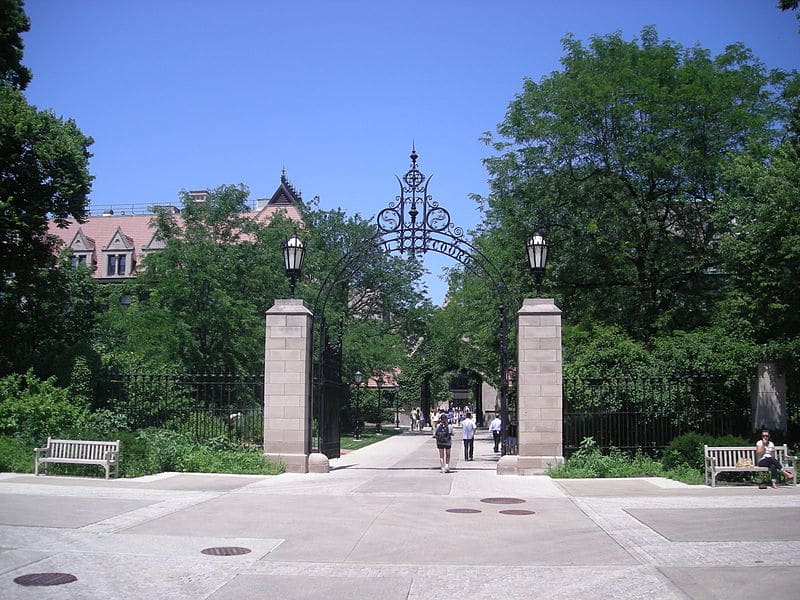 And so what are the University of Chicago admissions essays for 2013-2014, you ask? Here’s one: “Winston Churchill believed ‘a joke is a very serious thing.’ From Off-Off Campus’s improvisations to the Shady Dealer humor magazine to the renowned Latke-Hamantash debate, we take humor very seriously here at The University of Chicago (and we have since 1959, when our alums helped found the renowned comedy theater The Second City). Tell us your favorite joke and try to explain the joke without ruining it.”

Another question reads: “How are apples and oranges supposed to be compared? Possible answers involve, but are not limited to, statistics, chemistry, physics, linguistics, and philosophy.” An interesting question indeed! One other question reads (there are six though we’re only going to mention a few so as not to bore you): “In the spirit of adventurous inquiry, pose a question of your own. If your prompt is original and thoughtful, then you should have little trouble writing a great essay. Draw on your best qualities as a writer, thinker, visionary, social critic, sage, citizen of the world, or future citizen of the University of Chicago; take a little risk, and have fun.” That’s right — take a risk, make a change, and break away (as Kelly Clarkson would say). You should always, always, always take risks in your college essays. Calculated risks. Don’t ever play it safe. You heard it here first.