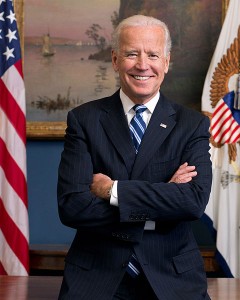 Vice President Biden was once accused of plagiarism. Don’t plagiarize your college essays.

What do Vice President Joe Biden, poet T. S. Eliot, and historian Stephen Ambrose all have in common? They have all at some point been accused of plagiarism. While Eliot’s plagiarism would be discovered posthumously, both Biden and Ambrose would live to regret their lapses in judgment.

The consequences of plagiarism on a college essay, in particular, can reverberate for a lifetime. It can very well result in one’s admission being rescinded or, once a student has matriculated, it can result in expulsion. Degrees can even be revoked. And then there’s the embarrassment it would bring not only to the student, but also to his or her family, school, and community.

It it okay to get help on a college essay? You bet! To not brainstorm college essay topics with someone well versed in the field of selective college admissions, to not have someone review and critique those very essays can put an applicant at a disadvantage. Novelists don’t publish books without their editors, their editor’s assistants, and a team of readers first offering creative insight and proofing. In television, with a few notable exceptions like Marc Cherry’s Desperate Housewives, pilot scripts are rarely bought as completed products. Rather, they are purchased as ideas and, together with creative notes from studio and network executives, that pitch is shaped into a story arena, an outline, and, alas, a script that can be produced as a pilot episode.

In an article published recently in The Dartmouth, America’s oldest college newspaper, the topic of plagiarism on college applications and a new tool to combat it are addressed. The tool is dubbed “Turnitin for Admissions” and it uses “pattern-matching technology” to identify plagiarized material in college essays. While the Dean of Admissions and Financial Aid at Dartmouth, Maria Laskaris, voices skepticism about the tool and doesn’t like the idea that it assumes applicants are dishonest from the start, this is nonetheless technology that may soon be used by The Common Application review system.

Laskaris’ reluctance to use the technology is admirable. She believes in the integrity of the applicants to Dartmouth. Her staff of admissions officers is trained to detect plagiarism. And yet Laskaris, like Tom Cruise’s character in The Last Samurai, is seemingly fighting the future. The fact is that this kind of technology will save time. It will be able to detect plagiarism that may go unnoticed by the human eye, even a well-trained eye.

Some students are fearful that this technology has a tendency to pick up strings of words that may not have in fact been plagiarized. But as long as admissions officers then review the batch of applications suspected of plagiarism, there should be no reason to fear if you are not guilty of lifting words, sentences, paragraphs, or entire essays!

In the article in The D, a student, Ahmad Nazeri ’11, says, “I feel like it’s a waste of resources to put 20,000 applications through a system and spend thousands of dollars on the process and a lot of energy and time.” But we disagree with Mr. Nazeri as computers take less time than humans to detect plagiarism. For a service fee, a college will invariably save money using this technology.

What if administrators at a college discover that an essay that was written by an admitted applicant two years ago was plagiarized? This could be cause for expulsion. When that happens, the college’s retention rate, a key factor in the US News and World Report rankings, will be adversely affected, and so may its endowment. Mr. Nazeri, there is so much more money that could be lost — not to mention the college’s reputation if it graduates plagiarists.

This isn’t just true in elite college admissions. It’s true in baseball, in medicine, and in finance. Computer programs that algorithmically discover findings and patterns in data have transformed industries. Ms. Laskaris’ intentions are honorable. We love that she believes in the integrity of candidates. But we would recommend she “trust, but verify.”